The Vomela Companies Promotes Donadio to Director of Manufacturing 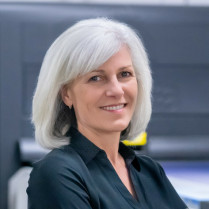 “Anne’s work with our recent ISO re-certification, as well as heightening awareness of safety across all of our facilities, are indicative of her strong leadership,” says Vomela president & CEO Mark Auth. “She will take responsibility for manufacturing in St. Paul as part of our management succession planning.”

Initially, Donadio will be managing the scheduling of work in St. Paul along with continuing to oversee quality and safety, which she has led since joining the company in 2016.

Vice president of manufacturing Mark Gillen will transition his manufacturing responsibilities to Donadio. Gillen will turn his attention to consolidating operations of the four St. Paul facilities into The Vomela Companies new headquarters, which will open soon on St. Paul’s East Side.