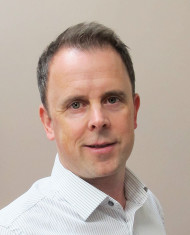 KENNESAW, Ga. - February 12, 2018 - MIS specialist Tharstern has announced the appointment of 20-year print veteran Chris Burn as its new product manager. The role was previously delivered by Tharstern’s MD, Keith McMurtrie, who will continue to play a part in the future direction of the MIS.

The new role was created in response to the continued growth of the company, its expansion into the U.S. and a number of new developments to its market-leading MIS solution. According to McMurtrie, the position was essential to deal with an increase in new development requests from existing customers:

“As we always say, each MIS is different for every customer, and we’re getting more and more requests to adapt the MIS to suit customers’ specific processes. This is where Chris’ new role comes in - whilst we have a large in-house development team, their capacity is limited, and we need to decide which improvements we need to prioritise. So, it will be Chris’ first job to create a ranking system.”

After 18 years’ experience in the print industry, Burn decided to move into the MIS side of print and started working at Tharstern in 2015 as part of their sales team. After developing an in-depth knowledge of the MIS product and company, he moved into account management.

To start with, the role will involve management of enhancement requests both from the support team, consultants and customers. And Burn has plans for the role: 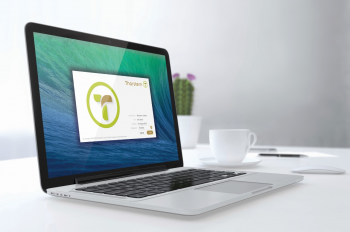 “I was handed a pretty big to-do list on day one, so I’m not short on things to get started with. After I’ve worked out the ranking system for enhancement requests, I need to spend some time getting into the detail of all our ideas for the future.

This role will allow me to spend the necessary time to investigate them fully, get input from our customers and make a start on some design ideas with the team before getting the developers involved. There is lots to do, but I’m pretty excited about the challenge ahead and the difference the role could make to the business.”