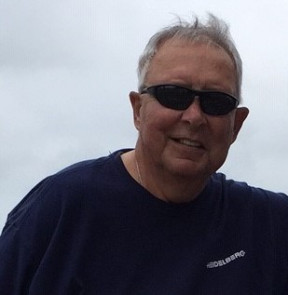 Ted Walinski devoted his career to the print-related industry. His experience included being a sheetfed press lead operator in Chicago, after which he spent some time representing the Oxy Dry company dealing with web press auxiliary systems. However, it was his time spent working for the Heidelberg organization for which he will be most remembered.

He advanced to the role of Pacific North regional manager, responsible for all operations in that fast-growing area, including sales. The region spanned from San Francisco north to the Canadian border, and the adjoining western states to Colorado.  There were plenty of opportunities for Heidelberg in those days, and one of the major Heidelberg accounts and success stories was Graphic Arts Center in Portland Ore., which at the time ended up being the largest Heidelberg customer in North America.

Based on his success in the Pacific North region, in 1992 Ted was promoted to Vice President of the Pacific South region, covering Los Angeles and the surrounding states.  Heidelberg West had just constructed its headquarters in Dominguez Hills, Calif., a monument to its parent, Heidelberger Druckmaschinen AG, which included wooden floors in the demo room imported from, of course, Heidelberg, Germany. In 1993, Heidelberg consolidated all of the separate entities to form Heidelberg USA and Heidelberg Canada.

In those days and well past, Los Angeles was a mecca for ultra-high-end printers. Legendary names, including Anderson Lithograph and George Rice and Sons, were driving the industry and pushing press configurations to unheard of levels. At the same time, it’s safe to say there were “press wars” going on between two major OEM offset press manufacturers — Heidelberg and Komori, which were the two most prevalent OEMs in the high-end commercial market in that region during that time. Ted and his team led the Heidelberg effort with solid success as they succeeded to build a dominant presence in the market.

An active member of the Pacific Printing Industries, Ted also supported other industry organizations. Along the way, he received various awards for his contributions to the industry. He was a true champion for his customers and his team. I think it is safe to say that those who connected with him didn’t forget the experience.

By today’s standards he was definitely “old school.” Ted was a relationship guy and believed in sporting a suit and tie for all customer meetings, as he explained to me “out of respect of the customer.” Preparation and timeliness were also very important attributes to Ted and he expected his team to follow his lead.

Some descriptive words that come to mind to best describe him include genuine, ethical, driven, focused, passionate, visionary, and a true leader. To be sure, he was strong-minded and steadfast in his beliefs, and absolutely not afraid to share them, maintaining those qualities to the very end. Ted retired from Heidelberg in 2005 and moved to Georgetown Texas, with his lovely wife, Jan, who preceded him in death (2015).

For me personally, Ted had a huge impact on my career when I left the high-end commercial printing side of the business and departed Graphic Arts Center in 1992 to enter the drying and curing systems press auxiliary side of the business. He was a true mentor and inspiration to me. His patience and input helped me gain whatever success I may have earned in this challenging business, and I will be forever grateful for that.

I know I was not alone; Ted helped many Heidelberg demonstrators and service people transition from their positions to enter into sales. He provided the opportunities and supported their efforts.

Ted’s passions outside of his professional career included golf; in fact, that was his favorite place to “close’ a deal.” I had the pleasure of accompanying him on many sales adventures. He was aggressive, fair, and always in control, and definitely not afraid to ask for the order — a closer for sure.

I have spoken to many of the people that Ted worked with and directed over the years, from customers to colleagues, and there is no doubt he had a impact on many of them. Ted Walinski made a difference in the industry by carrying the Heidelberg banner high, and especially the positive impact he had on many people’s lives.

Bill Bonallo is the president/CEO of IST America Corporation. To date he has given 45 years to the trade specializing in the production and creation of ultra-high end lithography. His specialty is ink and coating drying and UV curing and specialty applications, and is well known for his skill set in that area. He is accredited for being the driving force in the creation of the Co Cure/Hybrid UV process, and received a GATF Intertech award for his efforts.