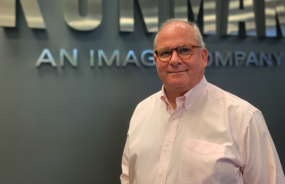 Ironmark, an industry leader in next-level print and communications, announces today the addition of Ted O’Connor as its Senior VP of National Accounts.

O’Connor will add another layer of strategic networking for Ironmark, and plans to leverage his four decades in the industry to bolster Ironmark’s national footprint.

An industry veteran with over 40 years in the business, O’Connor previously led business development as a principal at the world-renowned paper company, Mohawk.

When asked about O’Connor joining the team, Ironmark President Matt Marzullo knew they were getting one of the best in the business. “The opportunity to bring Ted on was one we instantly jumped at,” he notes. “His print industry connections, his stature, his resume. This is a huge value to us and to our future growth plans.”

O’Connor says, “Instantly, I could see how forward-thinking Ironmark is. The print industry has changed and the ones surviving are thriving -- those with vision and leadership like Ironmark.”

The way Ironmark CEO Jeff Ostenso speaks of it, the possibilities are endless. “The diversification of what Ironmark does, the focus on multiple verticals, our work-life balance; all of this aligned with where Ted stands in his career. We couldn’t be more thrilled to have him join the team and take Ironmark to the next level.”