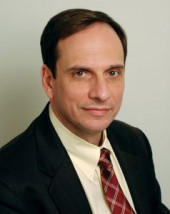 Anyone who’s ever attended the EFI Connect annual users’ conference in Las Vegas knows that it’s one of our industry’s premier educational and networking events. Highlights include keynote speakers and “fireside chats” hosted by EFI CEO Guy Gecht. In 2015, RR Donnelley CEO Tom Quinlan made a rare industry appearance for an enlightening Q&A discussion led by Gecht. The year before, Benny Landy—considered the father of digital printing by many—revealed his fascinating life story. Technology leaders have also graced the stage over the years.

EFI Connect 2016 marked the 10-year anniversary of the event being held exclusively at the Wynn, Las Vegas, which undoubtedly gave the EFI marketing team greater leverage in securing Wynn Resorts CEO Steve Wynn to give a special keynote presentation to help kick off Connect 2016. With a reported net worth of $2.4 billion and numerous accolades, such as being named one of the “World’s Best CEOs” by Barron’s and founder of one of the “World’s Most Admired Companies” by Forbes, just to name a few, one might think Wynn would have come across as being pretentious and aloof.

That proved not to be the case at all. Wynn described how he’s carved out a niche in the luxury resort hotel and gaming industry. And he was very quick to point out that the fancy chandeliers, original artwork and hand-woven carpets aren’t what make his luxury hotel and gambling palace better than another one along the Las Vegas Strip. He credited his 12,000 employees—especially rank-and-file workers—as the key to creating a better customer experience. Some might view it as trite and just hollow words, but Wynn truly meant what he said.

He went on to relate how Wynn Resorts created a “storytelling program” several years ago whereby managers ask employees before every shift change to relate any stories where they had positive interactions with patrons or went beyond the call of duty to please a guest. The best of these “self-nominated” stories are then spotlighted throughout the organization to reinforce this type of positive behavior and to build higher self-esteem and job satisfaction among employees.

This type of program may not translate for use in your plant, and it far exceeds typical “Employee of the Month” programs that are driven from the top down. However, it does provide good food for thought because, as we well know, having the latest and greatest equipment is all for naught without a highly satisfied and customer-centric employee base. PI

The Untapped Profit in Process Waste

A Business Owner’s Island of Isolation