“I am pleased to welcome these two accomplished business leaders to Quad/Graphics’ board of directors,” says Joel Quadracci, chairman, president and CEO of Quad/Graphics. “Steve and John bring a wealth of knowledge, experience and foresight that are critical as we work to enhance our offerings and the overall value we bring to marketers and publishers.

He notes, “As a former client familiar with the complexities of multichannel marketing, Steve further strengthens our ability to walk in our clients’ shoes and understand their needs. This is especially important right now as marketing is being disrupted by more and more media channels, and brand owners are searching for trusted partners to help them orchestrate and measure the effectiveness of their marketing spend across online and offline channels. Steve led L.L.Bean’s transformation into a leading e-commerce retailer where he deftly used the printed catalog to drive online and in-store traffic and build brand loyalty. His understanding of – and deep experience with – connecting channels to maximize marketing effectiveness will be invaluable to Quad and our clients on our path forward.”

Consistently recognized as a top CMO, Fuller is a seasoned and inventive marketer. His extensive background in the retail industry spans branding, advertising, customer satisfaction, e-commerce, partnerships, database analytics and marketing operations. Under his guidance, online sales at L.L.Bean grew by nearly $1 billion and llbean.com was consistently named the No. 1 website in customer satisfaction and ease of use.

Comments Fuller, “I am excited to be part of this rapidly evolving Company that looks to partner with its clients to understand their business needs, and find innovative solutions to improve both top- and bottom-line results.”

“John’s importance to Quad cannot be overstated,” Quadracci continues. “As a member of Quad’s original executive management team, he worked closely with my father [Company Founder Harry V. Quadracci] to turn a small, privately held company into a major industry player. John then worked with me on writing Quad’s second chapter, which has involved taking the Company public and transforming the industry through a series of consolidating acquisitions that has created the most efficient manufacturing and distribution platform in the industry today. John’s appointment to the board recognizes the very important role he has played – and will continue play – in Quad’s ongoing transformation.”

Fowler joined Quad/Graphics in 1980 as its top financial executive and, through the years, has been instrumental in developing, implementing and financing the Company’s profitable growth, both domestically and abroad. Over his 36-year career with the Company, he has raised multiple billions of dollars to finance organic growth as well as numerous consolidating and growth acquisitions. Accordingly, Quad has evolved from a small, family-owned firm with fewer than 300 employees and about $21 million in sales to one of the world’s leading providers of print and marketing services with more than 22,000 employees on three continents and about $4.7 billion in sales.

Fowler’s appointment to the board marks the beginning of his transition to retirement. He will officially retire from his executive management role at yearend 2017. “We have been very thoughtful in planning John’s transition to retirement over an extended period of time to ensure continuity of operations,” Quadracci states. “We look forward to his continued, active participation in forging the future of the Company as a member of the board of directors.”

Comments Fowler, “I am proud to be part of both Quad’s history and future. For many years I had the good fortune of working directly with Harry Quadracci to build the Company into a global industry leader. In the past 10 years, I’ve been equally fortunate to work with Joel Quadracci on building Quad’s path forward. I look forward to continuing to facilitate the Company’s ongoing transformation as a board member.”

With these appointments, Quad has expanded the size of its board from eight to 10 directors. 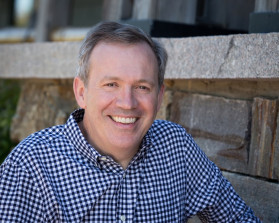 For the past 15 years, Steve Fuller served as senior VP and chief marketing officer for L.L.Bean of Freeport, Maine. In this former role, he led all marketing functions for the company, including branding, advertising, customer satisfaction, e-commerce, partnerships, database analytics and marketing operations.

Among Fuller’s many accomplishments at L.L.Bean was serving as lead architect of the 104-year-old cataloger’s transformation into a world-class e-commerce retailer. Under his guidance, online sales at the company grew by nearly $1 billion and llbean.com was consistently named the No. 1 website in customer satisfaction and ease of use. Integral to that effort was the evolution of L.L.Bean’s renowned Customer Satisfaction Department, which operates 24/7/365, and the development of new omnichannel skillsets. In 2016, StellaService gave L.L.Bean its first Elite award as one of the leading online customer service organizations.

In 2015, VentureBeat named him one of the Boston area’s Top 20 CMOs. In 2014, his peers in The CMO Club named him the 2014 CMO of the Year for his work in programmatic advertising. He was recently profiled in the book “The CMO’s Periodic Table: A Renegade’s Guide to Marketing” by Drew Neisser. Fuller also served on Google’s Retail Advisory Council.

A Maine native, Fuller received his undergraduate degree from Bates College in Lewiston, Maine, and his MBA from Boston College. He also attended Harvard Business School’s Advanced Management Program. Currently, he is a trustee at Bates College and is a frequent speaker at Dartmouth College’s Tuck School of Business.

Fuller is a former member of L.L.Bean’s board of directors. He also has been on the boards of several environmental and outdoor organizations, including Friends of Casco Bay, the Appalachian Mountain Club and the National Nordic Foundation. 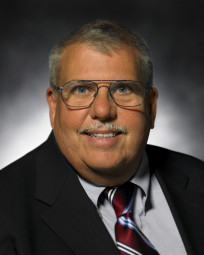 Quad/Graphics’ remarkable organic growth in the 1980s and 1990s — and its more recent achievements as a leading industry consolidator — are due in no small part to the efforts and expertise of John Fowler.

Fowler joined Quad/Graphics in 1980 as the Company’s top financial executive and quickly became the architect for financing the Company’s growth. During his 36-year career with the Company, he has raised multiple billions of dollars to finance organic growth as well as numerous consolidating and growth acquisitions. Accordingly, Quad has evolved from a small, family-owned firm with fewer than 300 employees and about $21 million in sales to one of the world’s leading providers of print and marketing services with more than 22,000 employees on three continents and about $4.7 billion in sales.

Fowler’s financial acumen and keen business sense were indispensable to Quad’s transformational acquisitions of Worldcolor in 2010, Vertis in 2013 and Brown Printing in 2014, and the successful integration of those operations into Quad’s global platform. The Milwaukee Business Journal named him CFO of the Year in 2010 following the Worldcolor acquisition and Quad’s concurrent transition from a privately held firm into a public company traded on the New York Stock Exchange (NYSE: QUAD).

Other highlights in Fowler’s career with Quad include a two-year, $300 million expansion program launched in 1994; a $123 million equipment expansion in 1997; and a $600 million capital expansion program that followed in 1998. He also played a leading role in acquiring a coupon insert business later sold to Rupert Murdoch’s News Corp.; establishing Quad’s international strategic partnerships and joint ventures; launching Parcel Direct, a parcel expediting business later sold to FedEx; and nurturing the startup and growth of QuadMed, the Company’s healthcare subsidiary.

Fowler currently serves as Quad/Graphics’ Vice Chairman and Executive Vice President of Global Strategy & Corporate Development, responsible for global strategic planning and business development. He has been in this role since February 2014. Prior, John was executive VP and CFO, a role he assumed in 2010 after serving as senior VP & CFO since 2005. Among the groups for which Fowler was responsible: Finance, Treasury, Accounting, Tax, Investor Relations, Business Development and Global Procurement.

Fowler is currently Chairman of the Board of TAI Diagnostics, and serves on the boards of Manipal Technologies and L’Eft Bank Wine Co. He is a former board member of several private equity portfolio companies, and a former board member and president of the Association for Corporate Growth.

About Quad/Graphics
At the forefront of innovation for 45 years, Quad/Graphics (NYSE: QUAD) is a leading print and marketing services provider focused on helping brand owners market their products, services and content more efficiently and effectively across media channels. With a consultative approach, worldwide capabilities, leading-edge technology and single-source simplicity, Quad/Graphics has the resources and knowledge to help a wide variety of clients in distinct vertical industries, including but not limited to retail, publishing, healthcare, insurance and financial services. The Company helps its clients perform better in today’s rapidly changing world through the integration of print products with complementary services to improve efficiencies, reduce costs, create engagement, lift response and increase revenue. Quad/Graphics provides a diverse range of print and related products, services and solutions from multiple locations throughout North America, South America and Europe, and strategic partnerships in Asia and other parts of the world.