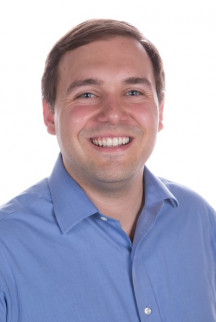 A.J. Titus was appointed to president of Signarama in early April, becoming a third-generation family president. I was fortunate enough to sit down and chat with the young millennial about his fast-tracked history with the business, his passion for the industry and his thoughts on being labeled a “millennial.”

The 26-year-old began his career by selling signs at a local Signarama location and later was named sales manager at Signarama headquarters, where he worked with franchisees, the marketing fund, franchise sales and ran multiple conventions and trade shows for the company. Titus also received his CFE certification, his MBA from the University of Miami and his bachelor’s degree in International Business from Palm Beach Atlantic University.

PI: You have had a relatively short career with Signarama, but have moved up quickly to your current position as president. What career accomplishments thus far are you most proud of? And what year did you start your career at Signarama? What has your progression been?

Titus: In 2010, I got my start by working for a local Signarama franchisee in West Palm Beach, Fla., going door-to-door selling signs. Although my family had been in the sign business for several years, this is when I really learned the ins and outs of the daily operation. After working at the store for one year, I eventually transferred to the global headquarters to work in Franchise Development. In this role, I connected and built relationships with people interested in the idea of buying a franchise. After that, I transitioned to our Accurate Franchise division where we helped existing companies turn into a franchise.

While I enjoyed getting to see the various aspects of the business, my passion remained with Signarama thanks to my hands-on experience in the local store. Signarama was looking to fill an Operations Manager role and I jumped an the opportunity and was offered the position. During that time, I traveled around the country to visit our franchisees and shared tips and best practices to help them grow. It was rewarding to see our franchisees succeed, knowing we provided them with the tools to do so.

After that, I was quickly promoted to sales manager of the company. In that role, I was at the helm of growing the system by opening new Signarama franchise locations around the world with a focus in areas where we did not have a presence. One of my greatest career accomplishments was when I was brought into the sales manager role to boost sales of franchise locations. In 2016, we noticed the sales of Signarama, our 30-year old brand, had stalled. We had a total of 61 new franchise owners join the Signarama family, which was one of the lowest totals in years. When I became sales manager in 2017, my main task was to solve this problem and ultimately help turn things around. Under my leadership, we added 97 new franchise owners, almost hitting the highest mark ever for the brand. This aided in the accomplishment of reaching the highest Signarama revenue, ever.

From there, I was promoted to EVP, where I continued in my sales role but expanded into overseeing day-to-day leadership within the company. Most recently, I was promoted to president of the company, overseeing the management and growth of the entire brand both here in the U.S., and around the world. Although I have moved fast, this company has been my life as I have quite literally grown up in the business!

PI: What are your views on the opportunity that exists for Signarama going forward? Are there any changes or big projects ahead?

Titus: There are a ton of areas that we still have not reached, even with being the largest in the world. There are a couple states and countries where there is a lot of growth potential. Internally, we are moving even more resources to the training and support team as we implement a new website and point of sale technology. Those are the big projects this year.

PI: How do you feel about the current convergence in the industry such as commercial printers getting into wide-format and signage printing and sign shops getting into other markets? Is this an area of focus moving forward for Signarama?

Titus: We have seen a spike in interest of commercial printers and quick turn printers who want to be trained and rebranded as a sign company. That is where the industry is headed and we are uniquely situated at the top of the world. We see this as a way to welcome more talent to the family.

PI: Do you have any initial plans to make any organizational changes in your new position?

Titus: A whole lot of listening. The best part about being the largest sign and graphic franchise is you have hundreds of business owners that share common practices. As the franchisor, I must take that information and formulate a plan to help all owners benefit from a great idea. As a whole, our organization is strong, but the new ideas are going to be a collaborative effort between the corporate staff and all of the owners around the world.

PI: Being categorized as a “millennial” in this industry can sometimes come with a bad rap. But it is the millennial viewpoint that is pushing business forward. What do you have to say to the naysayers who are afraid of millennials running things? How do you think being a millennial helps you to succeed in the sign business?

Titus: I might be a bad person to ask this question to, because I have felt like an older person all my life! But, millennials are the most creative generation the world has ever seen. They are the future, and if you do not embrace them you won’t have very many employees in the near future. The digital graphic industry is an amazing industry for a millennial as it is something new and creative every day. You never know what type of sign you will see next. To the nay-sayers, I think it is about asking a lot of questions and trusting that your way doesn’t always matter as long as the main objective is accomplished.

PI: Have you always known you would continue the family legacy?

Titus: My dad always encouraged me to do what I love and am passionate about, even if that wasn’t the [family] business. I was exposed to the business early in life and there were many dinner conversations about it. I grew to love what my father and family built for all these years and I wanted to be a part of it. That is what sparked my interest in entrepreneurship and ultimately the sign and graphic business. I feel like I am where I am supposed to be.

Print Outlook: What to Expect in the Year Ahead
Comments
COVID-19 Resource Channel