BOSTON - October 18, 2017 - Sappi North America, a leading producer and supplier of diversified paper and packaging products, announced the 10 grant recipients of its 18th annual Ideas that Matter program, where financial support is given to designers who create print integrated projects to maximize social impact.

As an integral part of Sappi's corporate social responsibility platform since 1999, the Ideas that Matter grant program has funded over 500 nonprofit projects and contributed more than $13 million to a wide range of causes that use design as a positive force in society. The program is open to North American designers who have partnered with a nonprofit organization and developed a communication campaign that is ready for implementation.

“For the last 18 years, Ideas that Matter has been a key component of how Sappi actively supports the pressing needs of individuals, communities and our environment,” says Patti Groh, director of marketing communications, Sappi North America. "We are proud that Ideas that Matter has played such an important role in the design for social good movement, and we are honored to have helped so many vital impact projects come to life.”

Ideas that Matter proposals are evaluated on creativity, plans for implementation and potential impact by an independent panel of judges who are selected annually and are recognized for their commitment to design for social impact. The 2017 judges were: Julie Anixter, Executive Director of AIGA; Dana Arnett, Founding Partner and Vice Chairman, VSA Partners; Randy J. Hunt, Head of Design, Artsy; Matthew Manos, Founder and Managing Director, verynice.; and De Nichols, Director, Civic Creatives.

The 2017 Ideas that Matter grant recipients were announced by judge De Nichols in front of over a thousand creatives during the annual AIGA Design Conference in Minneapolis, Minn. on October 14.

The 2017 Ideas that Matter Recipients are: 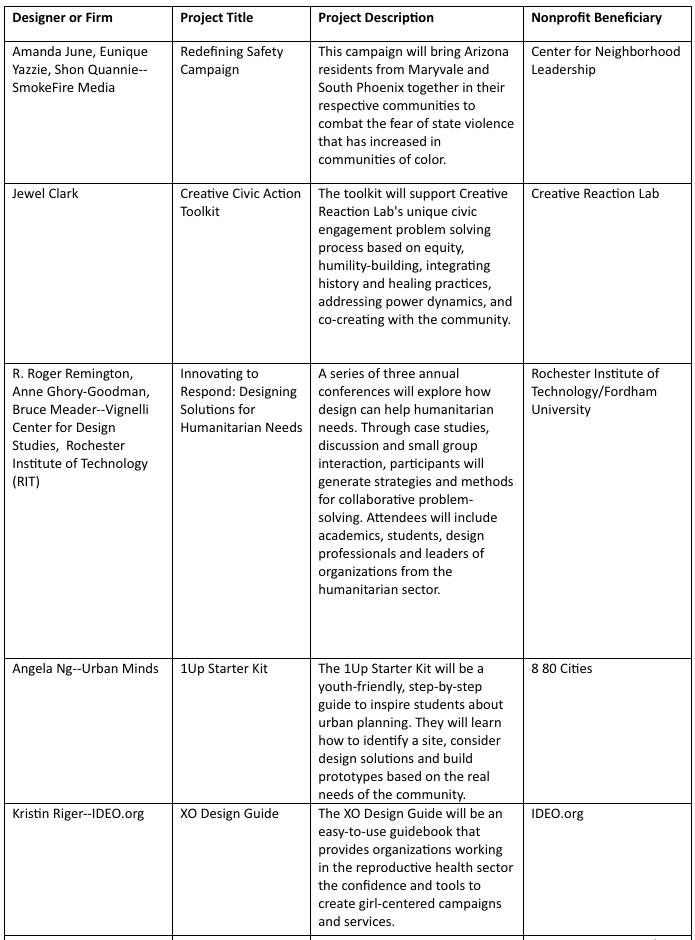 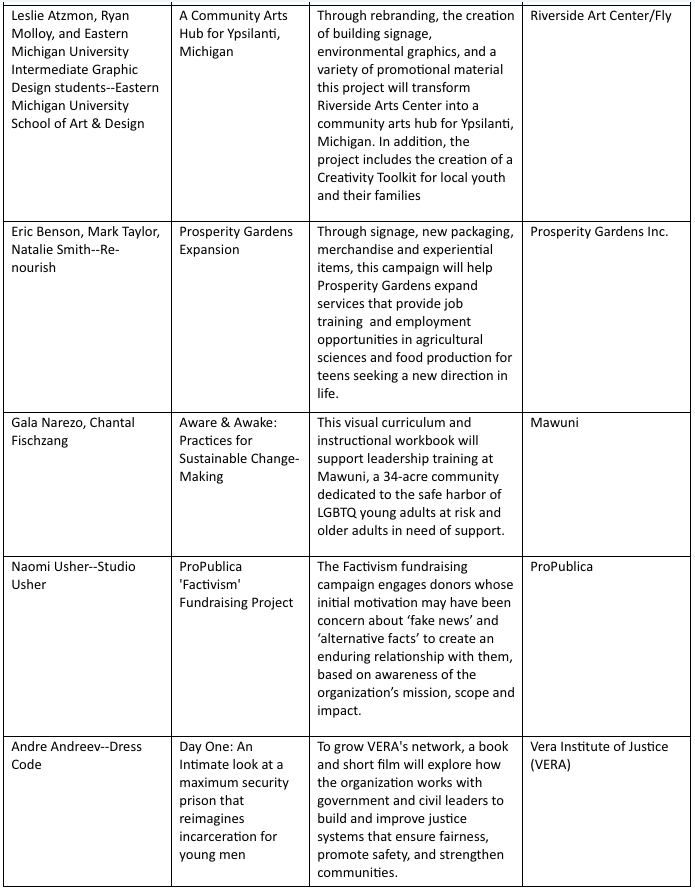 For more information about Sappi's 2017 Ideas that Matter grant recipients in North America, please visit our website. The Call for Entries for next year's Ideas that Matter program will be announced in the Spring of 2018.