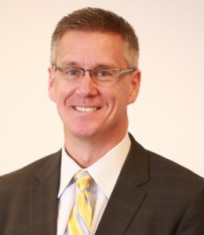 “We delivered a very strong fourth quarter to cap a successful year,” said Dan Knotts, RRD’s president and CEO. “Our results validate our strategic path and demonstrate our ability to grow sales, aggressively manage costs and generate strong cash flow to invest in our future and reduce debt."

Knotts continued, "Throughout the year, we effectively leveraged our differentiated portfolio of global capabilities to help our clients optimize engagement with their customers - from the marketing programs to acquire new customers and generate repeat customers, to the business communications that our clients need to extend their brand and serve those customers over time. I am pleased with our performance as we advanced our strategic transformation and delivered favorable results for the year.”

The following table provides an overview of the RRD’s financial performance:

Net sales in the quarter were $1.93 billion, up $66.9 million or 3.6% from the fourth quarter of 2016. On an organic basis, consolidated net sales increased 2.6% driven by significant volume growth in the International segment.

Gross profit in the fourth quarter of 2017 was $365.0 million or 19.0% of net sales versus $363.7 million or 19.6% of net sales in the prior year quarter. The positive impact from cost reduction initiatives and higher volume in the current year and a one-time charge in Logistics in the prior year were mostly offset by lower gross profit in Asia due to raw material cost increases and start-up costs related to a new packaging facility, modest price pressure and a continuation of the higher costs of transportation that began in the third quarter of 2017.

Selling, general and administrative expenses (“SG&A”) of $205.8 million, or 10.7% of net sales, in the fourth quarter of 2017 decreased from $219.8 million, or 11.8% of net sales, in the prior year. The improvement was primarily due to cost reduction initiatives and lower variable incentive compensation expense in the current period and spinoff-related transaction expenses in the prior period which were only partially offset by unfavorable changes in foreign exchange rates.

Income from operations was $104.6 million in the fourth quarter compared to a loss from operations of $466.9 million in the 2016 quarter. Fourth quarter 2017 included pre-tax restructuring and other charges of $7.9 million. The prior year period included pre-tax charges of $557.6 million primarily for the impairment of goodwill and intangible assets in the Variable Print segment and $11.1 million for spinoff-related transaction expenses and other items.

Non-GAAP income from operations of $112.5 million, or 5.8% of net sales, increased $10.7 million from $101.8 million, or 5.5% of net sales, reported in the prior year period. This increase was primarily due to improvements in gross profit, SG&A and depreciation and amortization expense which were only partially offset by unfavorable changes in foreign exchange rates of nearly $10 million.

Non-GAAP net earnings attributable to common stockholders from continuing operations was $57.1 million, an increase of $21.3 million compared to net earnings of $35.8 million in the fourth quarter of 2016, primarily driven by higher income from operations, lower interest expense and a lower effective tax rate.

Other Highlights and Information

Unless otherwise noted, the results represent RRD following the October 1, 2016 spinoffs of LSC Communications, Inc. (“LSC”) and Donnelley Financial Solutions, Inc. (“Donnelley Financial”) which are presented as discontinued operations for periods prior to October 1, 2016. Further, all references to the number of shares and per share amounts have been retroactively adjusted to give effect to the one-for-three reverse stock split which took place October 1, 2016 immediately following the spinoffs.

Cash provided by operating activities in 2017 was $217.9 million compared to $127.2 million in the prior year period. Capital expenditures in 2017 were $108.5 millionversus $172.1 million in the prior year period which included $49.0 million related to discontinued operations. Prior year cash flow amounts include the activities of LSC and Donnelley Financial for periods prior to October 1, 2016 and have not been restated.

“We are entering 2018 as a stronger company with a clear focus on executing our proven strategy,” added Knotts. “As the pace of innovation accelerates and the communications challenges our clients face continue to increase, we have the capabilities to connect our clients with their customers across the full breadth of the customer journey and to achieve greater business impact and operating efficiency."

He continued, "In 2018, we plan to accelerate the growth of our global offerings to continue providing our clients with the services and capabilities they need to put their customers at the center of everything they do. Through a sustained commitment to our strategy, we will continue to enhance and extend our marketing and business communications capabilities to drive value for our clients and long-term sustainable growth for our stockholders.”