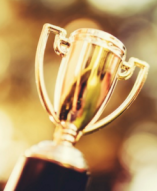 Fricke is known in the Northeast region and nationally as a thoughtful and intuitive environmental champion for the printing industry. His hallmark has been discussing, promoting, and creating environmentally responsible solutions for graphic communications companies across America.

Perhaps Fricke’s greatest contribution to the industry has been his work in the creation of a Massachusetts Environmental Results Program (ERP), the first ever program of its kind, which reduces the regulatory burden for printing operations. This program has served as the model for similar programs in other states.

“Robert became an integral part of the services PINE provides to its members in the areas of sustainability, environmental concerns, and compliance,” said Tad Parker, President, Printing Industries of New England, “His passion for fair, easily comprehended, and useful regulation has been evident in all of his work, which has resulted in significant benefits to the printing industry in New England as well as the remainder of the country.”