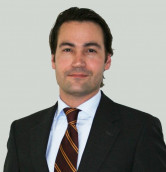 Less than a week ago, Olivier Vriesendorp, VP of product marketing at Ricoh Europe, made it back home to Amstelveen, The Netherlands, after the adventure of a lifetime. Most people only dream of climbing to the top of the highest mountain peaks in the world, but Vriesendorp has now completed his goal of climbing the Seven Summits, culminating with the tallest of the seven — Mt. Everest on May 21, 2017.

Vriesendorp says that his love of adventure and the outdoors has been a lifelong passion, and that his fascination with Mt. Everest had persisted for decades. Five years ago, he began the pursuit to climb the Seven Summits, the highest peaks on each of the seven continents — Kilimanjaro (Tanzania), Denali (Alaska, U.S.), Elbrus (Russia), Aconcagua (Argentina), Carstensz Pyramid (Indonesia), Vinson (Antartica) and Everest (Nepal). 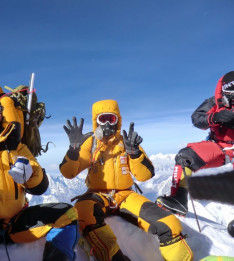 Olivier Vriesendorp completed his goal of climbing the Seven Summits by reaching the peak of Mt. Everest on May 21, 2017.

In 2016, Vriesendorp completed six of the seven summits, leaving Mt. Everest for the grand finale. Although training for the other summits helped to prepare him for the final climb, Vriesendorp trained exclusively for the grueling Everest journey for eight months before setting out, which included outdoor endurance and core training, and even six weeks sleeping in a tent in his home to begin to acclimate to the conditions.

"In total I spent several hundred hours training for Everest; it was like having a second job next to my work at Ricoh!" he told Printing Impressions.

The entire journey took two months, but "summit day" — as Vriesendorp describes it — lasted an intense 18 hours. After the grueling journey to the peak, he stood on top of the world for 15 minutes in a bone-chilling -30ºC (-22ºF). It was long enough, however, for him to take breathtaking pictures of the view with a Ricoh Theta-S 360 camera (do yourself a favor and take a look at his images here, including shots he captured of the journey along the way).

Climbing Mt. Everest is nothing for the faint of heart; it's an incredible feat in every sense of the word. But one of the things that Vriesendorp says makes Everest such a challenge is the amount of time it takes to complete the journey. He explains:

"One of the things that makes climbing Mt. Everest hard is the fact that it is such a long expedition: two months! Especially on Everest North side, which is a pretty harsh environment. It’s a really long period to stay focused, keep motivated, and to stay healthy and fit. By comparison, a Denali expedition — a pretty tough mountain to climb by any standard — takes less than half the time it takes to climb Everest. And the hardest part of the entire Everest expedition is at the very end — the summit push — when your body is actually at its weakest."

Preparing for the journey didn't come without some trepidation for Vriesendorp, but he studied the behemoth of a mountain extensively, including various climbing accidents that have happened on the mountain to better understand why they happened.

For as much prepping that Vriesendorp did, he explains that it wouldn't have been possible without the support of his family and friends.

His inspiring journey serves as a reminder to dream big and work hard for what you believe in.

"I hope that what I did will inspire others to make their dreams reality, too," he says.

The Print Report with Deb Corn and Kim Wunner

Award Recipients to Be Honored at Franklin Event