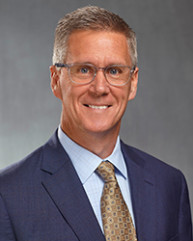 “First quarter results were in line with our expectations and we made significant progress in advancing our strategic initiatives,” said Dan Knotts, RRD’s President and Chief Executive Officer. “During the quarter, we finalized a new strategic agreement to further expand our data analytics capabilities, we completed construction of our new facility in China, and we achieved critical milestones as we prepare to begin printing the 2020 Census in July. We also made the difficult decision to close our unprofitable print operations in Brazil and we continued to successfully execute our plans to address the inflationary cost headwinds affecting the broader print industry. Moving forward, we will remain focused on new client implementations and converting our strong sales pipeline in order to deliver planned growth in the back half of the year. And with our continued focus on reducing our cost structure, we are confident in our ability to deliver our 2019 commitments and further advance RRD as a leading provider of marketing and business communications.”

Net sales in the quarter were $1.52 billion, down $185.9 million or 10.9% from the first quarter of 2018, including a $107.4 million impact from the July 2018 disposition of the Print Logistics business. On an organic basis, consolidated net sales decreased 3.3% driven by lower volume in the Business Services segment, primarily in commercial print products, which includes reductions from the recently closed Brazil operations and the continued planned exit of low margin business, and the remaining logistics business.

Non-GAAP adjusted income from operations of $36.4 million, or 2.4% of net sales, increased $3.5 million from $32.9 million, or 1.9% of net sales, reported in the prior year period, which included Print Logistics. Favorable changes in foreign exchange rates of approximately $11 million, productivity improvements and lower bad debt expense were partially offset by lower volume and inflationary cost increases.

The Company reaffirms its full year guidance, except for the revision in net sales to reflect the closure of its Brazil operations, as follows:

(1)The Company has reduced its full year net sales guidance due to the closure of its Brazil operations on March 31, 2019. The previous guidance as of February 26, 2019 was $6.50 to $6.70 billion. Net sales for the Brazil operations were $78.1 million in 2018 and $8.8 million in the first quarter of 2019. Adjusted loss from operations – Non-GAAP for the Brazil operations was ($11.9) million in 2018 and ($3.9) million in the first quarter of 2019. The closure is not expected to have a significant impact on full year adjusted income from operations – non-GAAP guidance for 2019 as expected operating losses in the second and third quarters were expected to be offset by operating income in the fourth quarter. Prior year results will not be restated.

(2)Certain components of the guidance given in the table above are provided on a non-GAAP basis only, without providing a reconciliation to guidance provided on a GAAP basis. Information is presented in this manner, consistent with SEC rules, because the preparation of such a reconciliation could not be accomplished without "unreasonable efforts." The Company does not have access to certain information that would be necessary to provide such a reconciliation, including non-recurring items and other items that are not indicative of the Company's ongoing operations. Such items include, but are not limited to, restructuring charges, impairment charges, pension settlement charges, acquisition-related expenses, gains or losses on investments and business disposals, losses on debt extinguishment, OPEB curtailments and other similar gains or losses not reflective of the Company's ongoing operations. The Company does not believe that excluding such items is likely to be significant to an assessment of the Company's ongoing operations, given that such excluded items are not believed to be indicators of business performance.

(4)2019 adjusted effective tax rate - non-GAAP guidance reflects a significantly higher rate than the statutory domestic rate primarily due to continued limitations on the Company’s domestic interest expense deduction. As earnings grow and debt is reduced, the Company expects the effective tax rate to improve over time.

(5)2019 capital expenditures guidance assumed to be higher primarily related to investments associated with building a new facility following the sale and relocation of a printing facility in Shenzhen, China and additional investments related to the recently awarded 2020 Census contract. The Company expects its 2020 capital expenditures level to return to its previously stated range of 1.5% to 1.7% of net sales.

(6)2019 proceeds from facility sales guidance reflects one additional non-refundable deposit expected to be collected related to the planned sale of the facility in China.