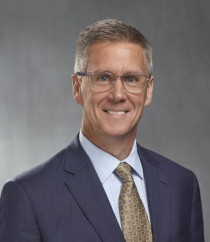 “I am pleased with our solid performance and the progress we made during the quarter in executing our strategic growth objectives as a marketing and business communications services company," said Dan Knotts, RRD's President and Chief Executive Officer. "We delivered our third consecutive quarter of organic growth, which continues to be driven by our unique ability to help our clients manage the full range of interactions they have with their customers across every critical touch point – online, offline and in-store – with reduced complexity and increased efficiency. Through the powerful combination of our Marketing Solutions and Business Services capabilities, we believe we are well positioned to win new business and execute our long-term growth strategy. Excluding the negative impact of foreign exchange rates, our adjusted income from operations and EBITDA also increased year over year, largely attributable to productivity improvements and our aggressive actions to address inflationary cost headwinds. Our operating cash flow also improved significantly in the quarter in line with our expectations. As we enter our seasonally stronger back half of the year, we remain confident in our ability to execute our strategy, sustain our organic sales growth and deliver our cost reduction plans to achieve our full year guidance.”

Net sales in the quarter were $1.68 billion, up $59.5 million or 3.7% from the second quarter of 2017. On an organic basis, consolidated net sales increased 2.7% primarily driven by higher volume and fuel surcharges in the Business Services segment, partially offset by price pressure. From a products and services perspective, Packaging, Logistics and Direct Mail accounted for most of the increase while Commercial Print was lower due to ongoing secular pressure and lower specialty card sales.

Gross profit in the second quarter of 2018 was $290.6 million or 17.3% of net sales versus $302.0 million or 18.6% of net sales in the prior year quarter. The favorable impact of volume growth and cost reduction initiatives was more than offset by unfavorable changes in foreign exchange rates and modest price pressure.

The Company has entered into an agreement to sell a property in an international location for gross proceeds of approximately $250 million. This transaction is subject to receiving governmental approval, and the Company expects the transaction to close in 2020. The net book value of these assets is insignificant. As of June 30, 2018, the Company has collected, in accordance with the agreement, non-refundable deposits of $44.6 million from the third party buyer with additional deposits required to be paid prior to closing. Deposits collected are unrestricted, but the Company expects the deposits to remain in a foreign cash account until the government provides the necessary approvals, closing is finalized and local taxes are paid.

On July 2, 2018, the Company completed the previously announced sale of its print logistics business for $60.0 million, subject to normal working capital adjustments. Proceeds from the sale were used to reduce borrowings outstanding under the credit facility. The Company expects to report an insignificant gain on the transaction in the third quarter with no cash taxes, and that the sale will have a slightly favorable impact on the Company’s financial leverage.

“We believe the revised dividend amount continues to provide a competitive return to our stockholders while allowing us to accelerate the pace at which we reposition our balance sheet and improve our financial flexibility to support our strategy,” Knotts continued. “Improving our capital structure will enhance our ability to make strategic investments and accelerate our growth as a leading marketing and business communications company. We remain committed to taking actions such as this reduction, as well as the sale of our print logistics business and other assets, to further reduce our debt and financial leverage and create long-term value for our stockholders.”

The Company’s full year guidance, adjusted primarily for the sale of print logistics and expected stronger organic sales performance, is as follows:

What Printing Companies Can Expect During Recovery