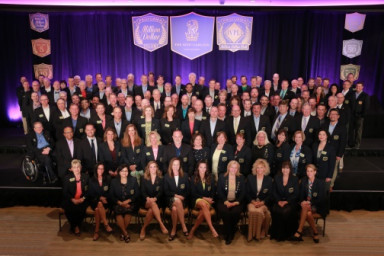 CLEVELAND — April 20, 2017 — Proforma is proud to announce a record 171 Owners achieved million or multi-million dollar success in 2016, as 34 new members were recently inducted into its prestigious Million Dollar Club. This group of distributors, with cumulative sales exceeding a quarter of a billion dollars, celebrated their 2016 success over three days at the luxurious Ritz-Carlton Dove Mountain Resort in Tucson, Ariz.

“One of the greatest honors for us at Proforma is celebrating the accomplishments of our Million and Multi-Million Dollar Club Owners and Sales Reps,” said Greg Muzzillo, Founder of Proforma. “Listening to each member talk about their unique journey to achieving a million dollars or more in sales is inspiring. Whether they are selling comprehensive programs such as eCommerce or providing marketing solutions in niche markets, each of these Owners have engaged in Proforma’s proven systems and resources to propel their businesses to new levels of success.”

“With Proforma, I’ve nearly tripled my business over the past three years, driving my sales beyond a million dollars,” said Chas Shramek, Owner of Proforma Connected in Avon, OH and first-time Million Dollar Club member. “Proforma’s supplier partnerships and buying power has put me in the position to acquire enterprise level accounts, which have proven to be highly profitable. This event is the perfect celebration of achieving this monumental milestone in my business.”

Every year, Owners achieving at least $1 million in sales are invited on a three-day getaway to a world class resort to enjoy networking with supplier partners and celebrating each other’s accomplishments. The next Million Dollar Club trip will be held at the 5-star Fairmont Mayakoba resort in Riviera Maya, Mexico, on March 15-18, 2018.