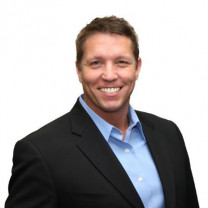 That became clear to senior executives of PrintSites after attending - but not exhibiting at - the farewell edition of SGIA Expo last October, according to Corey Puklus, VP of sales. Instead, the PrintSites team used the occasion to sign up for another show at which Puklus says he expects to feel the same “electricity”: SGIA Expo’s successor event, PRINTING United (Dallas, Texas, October 23-25, 2019).

PrintSites develops Web-to-print eCommerce solutions for print service providers, distributors, wide-format shops, enterprises, graphic designers and franchise networks. Puklus says that its expansion across these markets parallels what is happening in the printing industry as companies augment their core capabilities with new technologies and applications.

PRINTING United calls this trend “convergence,” and it’s an apt description for the evolution of PrintSites and its W2P platform. Coming first, says Puklus, were improvements that enabled the platform to serve “both sides of the fence”: the PSP and distributor segments. Then, at the recommendation of wide-format printing systems supplier Mutoh, PrintSites added features designed to make it work equally well for the sign industry.

The idea, according to Puklus, is to give PrintSites customers eCommerce tools that will help them sell more of what they want to sell, regardless of product type or printing process. “PRINTING United aligns itself with that philosophy,” he says.

Owned by the Specialty Graphic Imaging Association (SGIA) and supported in partnership with NAPCO Media, PRINTING United will carry on and broaden the mission of SGIA Expo, the industry’s most comprehensive showcase for graphic and visual communications.

PRINTING United will accomplish this by offering a new perspective on profiting in segments from garment to graphic, packaging to commercial, and industrial to in-plant. BRAND United, a co-located educational event, complements the experience with content aimed at brand owners and other customer audiences.

Puklus says that at PRINTING United - “our big show for 2019” - PrintSites will meet the crowds in a 20’ x 30’ booth where it will be able to conduct eight demos simultaneously.

Visitors will see that the platform has been expanded with additional print management services that support a PSP’s entire operation, not just the eCommerce portion. CRM, order management, dynamic estimates and quoting are among the features of the latest version, and support for custom promotional products will roll out later this year.

Puklus notes that the opportunity to interface with all of the audiences that PrintSites now serves is what makes exhibiting at the new event so attractive. Bringing these constituencies together, he says, “is the whole nature of PRINTING United, and it’s how we architect our platform.”