Printing Newsletter in Full-Color Results in Savings for Aiken, S.C. 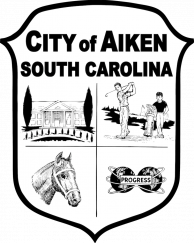 In Aiken, S.C., taxpayers received two unexpected gifts. As reported in the Aiken Standard, City officials found a way to save money and produce a higher quality community publication at the same time.

Each month, along with their water bill, residents receive a copy of the "Aiken Report," a short newsletter with pertinent information for residents, such as City Council meeting dates, recycling schedules and so on.

The "Aiken Report" had always been printed on two-color, flat copy paper. But, in an annual budget review, city officials asked their printer if it might be cheaper to switch to black-and-white.

As it turned out, just the opposite was true. Instead of single-color, the city switched to full-color on glossy, magazine-quality paper for the "Aiken Report" last June at a savings of about $1,700 per month.

"The printer told us it would actually be more expensive, since most of his current customers use glossy paper, and by buying in bulk, he saves money … So, it saved us a significant amount of money in production costs in printing the newsletter."

Of course, you can't make everyone happy. Recently, a resident submitted a letter to the Aiken Standard's TalkBack section, complaining about the change.

I want to know why the City of Aiken spends so much money to print what they call the "Aiken Report" it sends out with the water bill on magazine-quality paper. The City uses cheap business paper to send out the bills. Why doesn't it use the cheap paper for both, instead of wasting the taxpayers’ money?

Bedenbaugh felt he had to respond, and he did so in a Dec. 14, 2016, posting on the City of Aiken, South Carolina, Government's Facebook page.

In January, we began using a new printer for the monthly water bill newsletter, the Aiken Report. We now are printing in full color on glossy paper for $850 a month. Under the old printing method, using flat xerography paper and two colors, we were paying up to $2,564 a month. We inquired with our current printer about any cost savings using regular xerography paper and he tells us it would be more expensive, since most of his current customers use glossy paper and by buying in bulk, he saves money, which he passes on to his customers.

And the City of Aiken, S.C., passes that savings along even further to its customers [the taxpayers]. What's more, they also receive a higher quality newsletter, to boot.

The Importance of Standard Viewing Conditions

Which eXact is Right for You