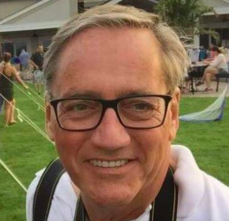 The printing industry continues to mourn the loss of one of its own as news spread via social media during the Thanksgiving holiday break that Kevin McVea — a 30-year graphic communications industry veteran — passed away suddenly on Nov. 24, 2020. A resident of Middletown, N.J., the well-known digital/inkjet printing expert and evangelist was 59 years old.

From senior positions in major magazine publishing companies in their heyday, to technology sales in the early day of digital asset management (DAM), to business development positions at the industry’s largest independent prepress entity (HudsonYards) at the time, to evolving into a recognized subject matter expert in the field of high-speed digital inkjet printing, Kevin built a diverse network of business contacts and friendships.

Throughout his career, he had served magazine publishers, book publishers, advertising agencies, major television networks, movie studios, and more,  giving him a unique perspective on numerous industry facets. Kevin launched his career at Newsweek magazine, serving as photo operations manager from 1976 to 1988. He then joined Time magazine, and ultimately served as director of worldwide photographic operations. From there, he worked at HudsonYards in a new business development role from 1995 to 2009. Kevin joined Carlstadt, N.J.-based Strategic Content Imaging (SCI; now rebranded as Command Digital), a member of the Command Companies, where he was a senior VP from 2009 to January 2020.

Based on his broad knowledge of digital and inkjet printing, unwavering willingness to drive the entire industry forward for the betterment of associates and competitors alike, Kevin was often recruited to evangelize about industry trends and his real-life experiences with the latest technologies by speaking and serving on printer user panels at numerous events over the course of many years.

As his obituary noted, Kevin spent the last decade of his life with his beloved Marina. He also maintained a special relationship with his ex-wife Barbara, with whom he remained close for many years. He is also survived by his children, Elyse, Kyle, and Connor, as well as his sister, Susan McVea. Kevin loved fishing, photography, traveling but, most of all, spending time with his children.

All who knew Kevin — including myself — admired him for being a selfless, caring, and giving person, both on professional and personal levels. So, it was fitting that, even in death, his generosity and selflessness were present by serving as an organ donor for the New Jersey Sharing Network, where he was instrumental in giving the "Gift of Life" to three others who were in need.

Donations can be made in Kevin McVea's memory to Calvary Hospice in the Bronx, New York. (CalvaryHospital.com)