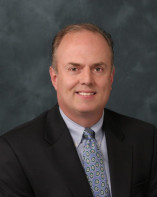 David Bennett, president of Tucker, Ga.-based Bennett Graphics, has the proverbial printing ink in his blood. His company was founded by his father and uncle in the late 1960s, growing from a part-time job, to a full-time endeavor, to the powerhouse it is today.

Bennett became the president in 1983, taking over for his father, who continued to work part-time until he passed in 2013. And even today, his mother continues to work part-time, acting as a “second mom” to many employees who work there. It is a family atmosphere that Bennett cultivates and thrives on, which in turn has driven the success his company has seen through the years.

In fact, Bennett Graphics is the only place David Bennett has ever worked, noting that he started driving the delivery truck as soon as he was old enough, then working his way through the bindery and pressroom, and later into the estimating and financial parts of the business. He went to Mercer University and got his bachelor’s degree in accounting, giving him a strong background in the financial side of running a successful business to go along with the technology know-how he gained growing up in the print world.

“Finance is still what I enjoy today. I have people on staff to take care of production and sales, and I enjoy the numbers side of the business best,” Bennett notes.

He adds that some of the biggest driving factors for his continued enthusiasm are that he not only enjoys the printing industry and the work his company produces, but also that it provides a great livelihood for his own family, and for the families of every single person who works for him.

“Being a business owner is not an easy task,” notes Mark Adent, executive VP at Bennett Graphics, and Bennett’s “brother-in-law, best friend, and golfing buddy.” Adent continues, “Nurturing a positive corporate culture and taking care of all of our families is a major responsibility, and David takes all of these tasks seriously. He always puts the needs and wants of others before his own. Through market upticks and downturns, David always knows which new technologies and equipment to invest in, and keeps our company going as a market leader.”

Until 12 years ago, Bennett Graphics was what can only be called a traditional commercial printer — all offset equipment, with the traditional job types. However, Bennett saw the changes that were occurring, and acted to ensure that his company evolved to stay ahead of the shifting demands.

“I saw the advantages of speed to market and higher margins with digital printing, so I made a big commitment to get to half offset and half digital, which we accomplished,” he says. He further stresses he is never content to be satisfied with the “status quo,” and that it is too easy to become complacent. “Work from clients is not promised — it is earned,” he notes, and that is a philosophy that continues to drive him every day.

Bennett says he realized early on that “most of our clients don’t care what equipment the work is printed on, they just want the right job, at the right price, at the right delivery time.” He has designed his company to rise to that need, ensuring his production floor has a broad range of technologies and equipment to meet any need that might walk through the door.

“A lot of times, customers don’t ask and we don’t tell them if something is produced digitally or conventionally. They might order 10,000 annual reports, but need 20 tomorrow for a board of directors meeting — we can produce the same quality using digital and offset to meet their needs, making us more responsive and with a faster time to market.”

He points out that growth and success can’t rely on always having that brand-new piece of machinery on the floor at all times. “We like to be cutting edge, rather than bleeding edge,” Bennett notes. “However, I like to try out technology before it’s widely available on the market, which gives us a competitive edge.” To do that, he hasn’t been afraid to be a beta user, such as being HP’s first commercial printer beta site in North America for the HP Indigo 100K digital press.

That doesn’t mean Bennett has abandoned his sheetfed offset roots. “If you would have asked me five years ago if I’d buy another offset press, I would have said ‘no,’ but advancements in the past couple of years — such as five-minute makereadies, and speeds of 18,000 sheets/hr. — have us beginning to look at the options. We currently have two 40˝ presses, a five- and a six-color, so does it make sense to replace both with one new press? Doing so would allow us to be more responsive, so that will be probably be the equipment we invest in next.”

At the same time, Bennett recognizes that success in business isn’t just built on the printing press alone. He has also taken the time and money to invest in an end-to-end workflow, with automation wherever possible. In fact, since the COVID-19 pandemic has impacted his shop like it has others, rather than worry about the lost revenues, he is taking the opportunity to give his entire workflow a hard look. 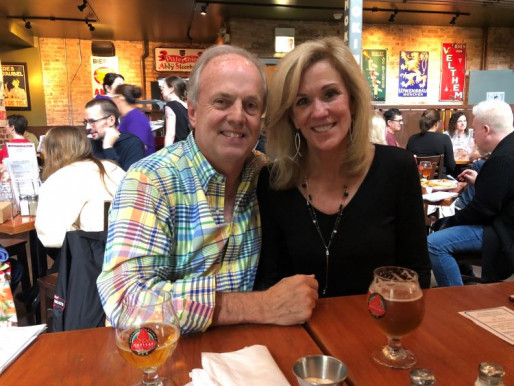 Outside of work, David Bennett enjoys spending as much of his free time as possible with his wife Barbara.

“We’re taking the time to take a step back and ask, ‘If we could create the perfect workflow, what would that look like?’” Bennett reveals. “Our offset capability is due to be replaced with new technology, so how do we continue to automate and streamline our workflow?”

Bill Gillespie, VP of sales for Bennett Graphics, notes that this attitude is a big part of why he loves working there. When asked what he considers to be Bennett’s greatest professional accomplishment, Gillespie points to two things. “One is David’s vision of the future and courage to roll the dice to be in the right space; and, two, is his insistence on a creative/collaborative culture. He has filled our company with employees that say ‘why not?’ when asked to push the envelope. The company is always inventing the next new thing as a result.”

Subsequently, Bennett considers his employees as one of his greatest assets, adding that many have been with him for more than a decade — and some even longer than that. “My management style is very laid back,” he says. “I make sure we hire people to whom I can give clear expectations to, without micromanagement. They know what I expect: even though the style is casual, the bar is set very high. We’ve got great clients, and we have a tremendous team that performs for them.”

Service to Move the Industry Forward

It would be easy to attribute the success of Bennett Graphics to the team — and Bennett certainly does just that — but the reality is that it is his strong leadership and vision for the future that helps drive everyone to do better every day. His quiet dedication to not only the future of his own company, but the industry as a whole, encourages everyone around him to reach higher, and to push harder.

In addition to running the day-to-day operations for his own company and ensuring his team is taken care of, Bennett serves on the North American board for Dscoop, the HP Indigo users group, and is also on the board and is a past chairman for PIAG — the PRINTING United Alliance affiliate in Georgia. He does take time to spend with his family, however, noting that he enjoys running and golf, as well as spending as much time as possible with his wife Barbara.

“David has so many accomplishments, most notably being a leading and innovative print service provider for customers all over the world,” Michael Makin, executive VP at PRINTING United Alliance, says. “His company produces some of the most beautiful pieces out there, and has won many awards over the years. David has given back to the industry in many ways, serving in leadership capacities both at the local and national levels of print trade associations.”

All around, there is no denying that Bennett’s work ethic and drive to ensure his business — and everyone associated with it — succeeds is truly inspiring. He is the epitome of what the Printing Impressions/RIT Printing Industry Hall of Fame award is meant to celebrate.

“This is quite an honor for me,” Bennett admits. “I’m pretty laid back, so it’s hard to talk about myself. I get the most gratification in seeing our company do well, and the recognition that we get as a company.”

“Because David is so soft spoken and humble, he really does not get the spotlight that he deserves,” Adent says. “This is an honor that I know David will be proud of. I’m certain that he will continue to be steadfast and strong for our company as we strive to make printing fun and profitable for all of our customers and employees. I would like to personally thank him for being a great leader, a super brainiac, and a great friend,” he adds.

“If anyone depicts a model of innovation and possibilities, it’s David Bennett,” says Gillespie. “Companies with identical equipment are not guaranteed the same outcome. ‘Special’ is expected at Bennett Graphics, and it all starts with David."