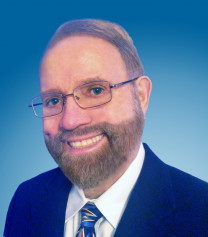 WARRENDALE, Pa. — January 30, 2017 — Printing Industries of America is pleased to announce HW “Buck” Crowley of BuckAutomation.com as the recipient of the 2016 Robert F. Reed Technology Medal, recognizing outstanding engineers, scientists, inventors, and researchers in the graphic communications industry. Over the past four decades, Crowley has had considerable influence on the advancement of print automation, waste reduction, and inline finishing technology.

Crowley is the mind behind many industry firsts, such as the jam-free cut sheet digital press, the WPC-CCR color controls for color-to-color print registration, and the EFI Auto-Count Paper Monitor. He has developed more than 65 commercially successful products for the print industry and been awarded more than 75 United States patents. His inventions have resulted in more than $1 billion in sales. He was also the founder of successful enterprises such as Lincoln Technology; Automation, Inc.; Roll Systems; and most recently BuckAutomation.com. Crowley’s designs and improvements are in use today throughout the world.

“Buck Crowley is undoubtedly one of the most prolific individual contributors to print technology,” commented Jim Workman, Vice President of Technology and Research, Printing Industries of America. “His work over the past four decades has left an indelible mark in the industry and he shows no signs of stopping as he continues to come up with new technology for automation, fulfillment, mailing, and waste reduction."

Established in 1974, the Reed Technology Medal perpetuates the memory of Robert F. Reed (1905–1973), “Dean of Lithography,” whose contributions to the understanding of lithographic processes and materials were perhaps the most significant of his time. Nominations were judged by a select committee of past Reed Medal recipients and representatives of Printing Industries of America’s Ben Franklin Honor Society. This year’s Reed Award will be presented at Technical Association of the Graphic Arts (TAGA), March 19–22, 2017, in Houston.

For more information about the Awards Programs at Printing Industries of America, visit printing.org/printingindustryawards, or contact Kayleigh Smith at printingind@comm.printing.org.

Fix What You Have First

7 Questions to Evaluate Customers and Prospects