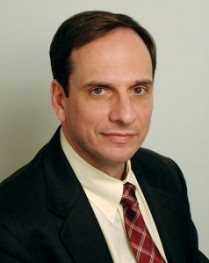 For three days in July, our offices in Center City Philadelphia were immersed in Gold, Silver and Bronze. Not of the precious metal type, but rather award-winning Gold, Silver and Bronze entries for the 2017 Gold Ink Awards — which also happens to mark our 30th anniversary of the annual printing competition. Gold Ink judges hailing from New York, New Jersey, Pennsylvania and as far away as Florida had the unenviable task of selecting the top and honorable mention (Pewter) winners from nearly 800 entries in 46 categories. Heated debates ensued at times — but thankfully no fisticuffs — as the judges took their roles seriously.

Several trends permeated among this year’s Gold Ink Awards contest. Finishing rose to the forefront, both for the winning entries, as well as for several of the printed pieces that weren’t selected. More and more uses of foils, embossing, scoring, special coatings, varnishes, intricate diecuts and the like added extra pizazz, which helped to garner greater attention among the judges. These special techniques employed by several entries also reinforce the inherent tactile advantage that print has over electronic media.

By the same token, some Gold Ink entries that were knocked out of the running for an award often possessed minor flaws created during the binding and finishing process. They typically weren’t just flukes limited to one entry viewed by the judges. Since Gold Ink entrants submit three copies of each piece, the judges typically checked the additional copies to ensure that the flaw was consistent throughout. 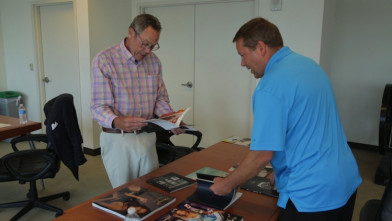 The usage of specialty substrates also stood out among this year’s entries. I noticed a trend toward more opaques and more subtle dull or matte coated grades. The printing itself, too, seemed more subdued in several cases, with designs incorporating more earthy/natural tones featuring green and brown shades.

I was somewhat disappointed, however, by the lack of entries in several of the digital printing categories. Perhaps it was driven by printers’ fears, from a competitive standpoint, of publicizing complex, variable data printing (VDP) campaigns and the customers behind them. Or perhaps it’s based around the difficulty to effectively showcase versioned printing in a printing contest. Either way, I hope printers will reconsider entering more digital printing projects next year, given their ever-growing role in an omnichannel world.

As an industry, we often lament about how printers extend so much effort to market their customers, but do so little to market their own capabilities. Printing contests, like the Gold Ink Awards, provide the perfect vehicle to showcase your best work. But, you definitely can’t win an award — and then promote it — if you don’t bother to enter in the first place.

Printing Impressions would like to thank the 2017 Gold Ink judges for their meticulous and tireless efforts and strict adherence to high-quality standards in evaluating the nearly 800 entries. Their passion for print production was clearly evident throughout the judging process.

If you haven’t seen them already, click on the following videos to learn about the judging process and to find out what separates a Gold Ink Award-winning piece from the rest of the competition:

Deborah Corn on Printing, Finishing Trends Among 2017 Gold Ink Award Entries - Deborah Corn, Intergalactic Ambassador to The Printerverse at Print Media Centr, and long-time Gold Ink Awards judge, took a break from judging the 2017 competition to talk to Printing Impressions Editor-in-Chief Mark Michelson about her observations on this year's entries. Corn describes some of the production trends that she noticed; where the pieces that weren't chosen typically fell short; and highlights a self-promotional piece that encompassed many printing capabilities in a cohesive, creative manner. Click here to watch the video.

The 2017 Gold Ink Awards Judging - From July 17-19, print industry experts gathered at the Printing Impressions headquarters in Philadelphia to judge the 2017 Gold Ink Awards. In this video, some of the judges share their thoughts on this year's competition! The judges featured in this video include: John McGurk, VP of digital and print production, Quirk Books; Deborah Corn, Print Media Centr; John Sweeney, industry consultant; and Gretchen Morris, director, global catalog production, Edmund Optics. Click here to watch the video.

"Behind The Project" Collaborative Process