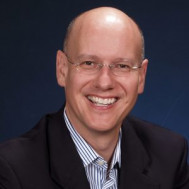 ORLANDO, Fla. — September 27, 2016 — A crowd of about 75 people gathered at Graph Expo to hear user experiences at a production inkjet panel on Monday, hosted by Marco Boer, VP of I.T. Strategies, and sponsored by Ricoh, Tecnau and Mitsubishi Imaging. The panel consisted of two distinctively different points of view: Kirk Schlecker, VP of operations for Heeter, a commercial printing shop based in Canonsburg, Pa.; and Jeff Crain, regional operation support for financial institution BB&T, headquartered in Richmond, Va.

Boer pointed out how production inkjet continues to grow at an impressive clip, with a placement rate of about 12% per year. The forecast for 2015-2020 is calling for A4 simplex pages increasing at a brisk 25% per year, with an estimated 600 billion pages slated to be cranked out worldwide by 2020, he noted. 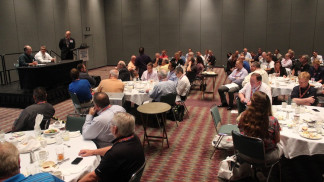 Heeter, a traditionally sheetfed offset shop, installed the Ricoh Pro VC60000 next-generation continuous-feed inkjet platform to expand how it produces high-quality commercial print collateral by streamlining operations with fewer steps, more savings and more efficiency. Its digital growth rate has expanded 200% since the 2015 installation, and digital now accounts for 35% of its output.

According to Schlecker, the VC60000 has enabled the printer to focus more on program sales, periodic jobs in which the specifications remain the same. "It's a team sell and it's all about building a system," he noted.

BB&T, the ninth largest financial institution in the United States, installed the Ricoh InfoPrint 5000 at its Charlotte, N.C., and Orlando, Fla., operations centers. The presses, installed in April and June, enabled BB&T to remove four toner-based machines. Its work is 100% transactional. 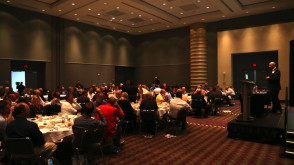 "The speed, quality and reliability were expected, but (Ricoh) clearly exceeded our expectations," Crain observed.

"We were able to convert black-and-white work early," he added. "We're still learning to crawl with color. Educating our developers is the most important thing to us right now. We're easing them in, getting them comfortable with it."