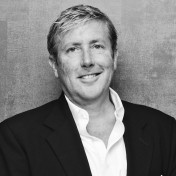 Bernie Lacy, owner of Litho Press, a third-generation Indianapolis-based commercial printing company, shares his thoughts with FOX59 on why he thinks President Trump's recent executive order making cuts to regulations "is a great start" for businesses and a positive move for growth and jobs.

Lacy told FOX59, that the company employs local teamster workers and tells his employees to "think like an owner" so that they can also eventually open up their own businesses. But he says with the way the government is set up, it has been very difficult to become a business owner. "Anybody that has tried to open up their own business knows that with the regulations, fees and licenses ... they can't do it. So we've got to get government out of it and let people be entrepreneurs again."

Litho Press was founded by Lacy's grandfather in 1953, and today, he shares the responsibilities with his father, Jack Lacy, president, and his brother, John Lacy, VP. The company's capabilities include traditional offset lithography, digital printing, and a full-service, in-house bindery.

To watch Bernie Lacy's interview with FOX59, click on the video below: