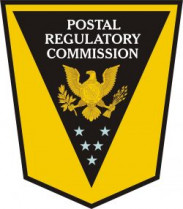 WASHINGTON - December 4, 2017 - The Postal Regulatory Commission (Commission) issued its findings related to the statutorily mandated review of the system for regulating rates and classes for Market Dominant products that was first established in 2006 by the Postal Accountability and Enhancement Act (PAEA).

The law required the Commission to review the past 10 years of the existing market dominant rate and classification system to determine if the system achieved the nine objectives, considering the 14 factors, established by Congress. The objectives reflect the goals of the PAEA to create a flexible, stable, predictable, and streamlined ratemaking system that ensures the Postal Service’s financial health and maintains high quality service standards and performance.

In its findings order, the Commission identifies three principal areas of the PAEA system which encapsulate the nine objectives: (1) the structure of the ratemaking system; (2) the financial health of the Postal Service; and (3) service. After extensive review, the Commission concludes that the system achieved some of the goals of these areas, but the overall system has not achieved the objectives taking into account the factors of the PAEA.

In brief, the Commission findings are as follows:

As a result of these findings, the Commission also issued today a Notice of Proposed Rulemaking to address the shortcomings identified by the Commission in its review. Key proposals include:

Both the Commission Order on the Findings and Determination of the 39 U.S.C. 3622 Review and the Notice of Proposed Rulemaking for the System for Regulating Rates and Classes for Market Dominant Products are available on the home page of the Commission’s website, www.prc.gov. To simplify the process for the general public to provide comments on the proposed rulemaking, the Commission has placed a link on its home page entitled, “10 Year Rate System Review.” Additional information regarding how to submit comments online can be found at: http://www.prc.gov/how-to-participate. Commission rules require that comments (including reply comments) be filed online, unless a waiver is obtained. All comments accepted will be made available on the Commission’s website. Comments are due no later than March 1, 2018. Reply comments are due no later than March 30, 2018.

(1) Workshare discounts are rate discounts that the Postal Service provides to mailers for presorting, prebarcoding, handling, or transporting mail. “Passthroughs” represent the relationship between the amount of the workshare discount and the avoided cost as a percentage.

(2) Under ECP, price differences should equal as closely as practicable cost differences.

Fold of the Week: Two Ways to Add Dimension