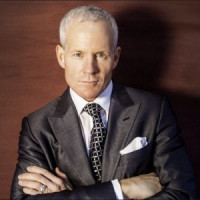 PITTSBURGH — July 14, 2017 — Printing Industries of America (PIA) has joined with the Coalition for Workplace Safety (CWS) to urge OSHA to delay the proposed Form 300A reporting requirement covering annual summaries for employers. The requirement originally passed in May 2016 and has currently been extended from July 1, 2017 to December 1, 2017. PIA, along with CWS, wishes to see the regulation indefinitely delayed until a formal revision or rescission of the ruling can be made.

In the Coalition for Workplace Safety’s message, PIA, along with more than 75 other prominent organizations, cited the following grievances with the issue:

“We join with the Coalition on Workplace Safety to address this important issue impacting our members,” said Michael Makin, president and CEO, Printing Industries of America. “Historically injury and illness rates in the printing industry are well below the national average in manufacturing. Requiring employers to report their data in a public forum does not further the goals of making workplaces safer. We urge OSHA to delay indefinitely this proposal until such time it can be formally revised or rescinded.”

PIA submitted its comments on July 13, 2017 as a part of the response to proposed OSHA ruling, Docket No. OSHA-2013-0023. Doubling the effort on behalf of the specific needs of printers, PIA also partnered with the Graphic Arts Coalition in submitting comments opposing this rule.