Commentary: Pat Henry Had a Long Run of Making Good Impressions Within the Printing Industry 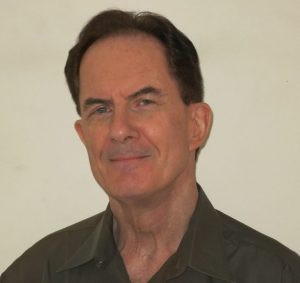 Veteran printing industry journalist Patrick "Pat" Henry bid a fond farewell as a full-time reporter the end of last month — ending a 37-year run as one of our industry’s most prolific writers, observers, and prognosticators. As Pat so eloquently wrote in a send-off piece announcing his retirement, “As a journalist to the printing industry, I’ve been its witness and, I hope, its competent chronicler. But, I’ve never been one of its prime movers. I’ve never had to make a payroll, pay off a note on a press, or wonder where the next shift’s worth of work is going to come from. I’ve never had to safeguard people who work for me from a pandemic. My admiration for entrepreneurs with the guts and tenacity to accomplish all of these things is boundless.”

While technically true, I’m sure many of those same entrepreneurs who were interviewed by Pat, or read his content, during the past several decades hold a similar boundless admiration for Pat’s modesty and unwavering dedication to his chosen craft.

A native of Brooklyn, Pat moved to Queens and has lived there ever since. After serving a two-year stint as a U.S. Marine, he finished college and got his first job as a stringer writing up police reports. As his journalism career progressed, Pat got his first taste of the printing industry in 1984 when he joined Printing News, then a weekly publication that covered the New York metropolitan area. From there, Pat served at NAPL (which eventually merged into Idealliance), before joining the Cygnus Graphics Network, which included Printing News and several other regional publications. He left there in 2002 and spent the next 15 years writing about the commercial and package printing industry on a freelance and contractual basis, before joining NAPCO Media as a full-time employee in 2017.

Many in the industry may not know that Pat also taught graphic communications and publishing classes for several years to graduate-level students at New York University, as well as to undergrads at New York City College of Technology.

I had the pleasure to know Pat since he entered the industry in 1984, and was always impressed with his knowledge and, more importantly, his professionalism and strong character. Working for competitive brands, at times, never diminished our sense of camaraderie as we attended industry conferences, trade shows, and vendor-sponsored meetings. Numerous times, we also traveled overseas together to attend international press events.

We recently reminisced about some of his memorable travels, including attending the Lasers in Graphics conference in the mid-1980s, which foretold the advent of electronic prepress, desktop publishing, and computer-to-plate workflows.

Many of these technologies were on display when Pat attended his first drupa exhibition in Düsseldorf, Germany, in 1990. Similar to anyone who attended drupa in its heyday, Pat was amazed by the sheer size and scope of a trade show that filled 16 halls — all focused on the power of print. A subsequent journey to drupa 1995 was memorable, but for different reasons. Pat stayed on a cruise boat docked on the Rhine River. “I had a tiny room below deck,” he recalls, “and it smelled like diesel oil.” He also has fond memories of the “razzle dazzle” on display at the Seybold shows in San Francisco.

“One of my biggest regrets is that I’m going to have to start buying my own pens again, and I’m going to miss all of those canvas bags handed out at trade shows,” he quips.

As he now begins the next chapter of his life — with his wife Marilyn Matty, who enjoyed a successful career in advertising sales and then executive recruitment — Pat looks forward to more free time and new pursuits. He intends to cruise around on his Honda Shadow Spirit VT1100 motorcycle on sunny days, try to restore the Macintosh SE/30 computer he acquired back in 1989, and even learn a new skill such as coding. The desire to travel with his wife is also on the docket, including the Caribbean; Bermuda; San Diego; and trekking to Melbourne, Australia, which he visited on a short business trip in 2016.

Although Pat represented multiple organizations throughout his industry career, he built a personal brand and reputation that was beyond reproach. In the end, the ability to make positive contributions and create long-lasting good impressions becomes our legacy. Pat Henry certainly did that.

Related story: Patrick Henry Bids A Fond Farewell: '1984 Was A Most Transformative Year'