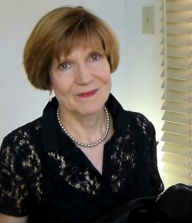 When rap-music trailblazers Run-DMC released their anthem “My Adidas” back in 1986, they soon signed what many consider to be the first endorsement deal between a musical act and an athletic company: their promotion of the Superstar shoe from Adidas. The trio also created an iconic look for themselves and their fans: the Black and Red track suit emblazoned with the Adidas logo. So when the company wanted to celebrate the 50th anniversary of that sneaker in 2019, they commissioned a mammoth, weighty box that stylishly blends the over-the-top reputations of both Run-DMC and the shoe they made famous.

Designed by Parallel (https://parll.com/) and Taylor Box Company (https://taylorbox.com/), this package weighs close to 20 lbs. and looks a little like the old-school turntable upon which Run-DMC’s Jam Master Jay wove his magic before his untimely death in 2002. (The late DJ receives a couple of special honors in this piece as we’ll soon see.)

Considering the substantial weight of the box’s mysterious contents, Taylor Box opted for a birchwood frame structure rather than paperboard. The outer surface is wrapped in Black Alpha Aston from Ecological Fibers, a synthetic cover material that has the supple, unmistakable feel of leather. Here it helps to recreate the look and feel of both Run-DMC’s jumpsuits and the sneakers the package commemorates. The trademark Adidas stripes on the sides of the box further reinforce the shoe’s branding.

On the top, logos for Adidas and the group are screen printed on opposite sides of a large die-cut circle, which is about the size of an LP...and for good reason. Peering through this Red window – actually a piece of Red film sandwiched between 2 pieces of clear PVC – you can just make out a limited edition Run-DMC record beneath. So how do you actually access it, you ask?

On the front of the box are 2 drawers, each with an Alpha Aston leatherette pull ribbon. Tugging the top one – foil stamped by Taylor Box with the letters “JMJ” in honor of the late Jam Master Jay – slides out the record in a handsome tray wrapped in Ecological Fiber’s Gold Radiance coated paper. The inside of the tray is lined with that mill’s velvet-like Prestige, complete with recessed panels for both the record itself and a small plaque bearing the recipient’s name.

Pulling the second leatherette ribbon – foil stamped with the letters “SPRSTR” for the “Superstar” sneaker – brings out a much deeper drawer divided into 2 compartments. In one: a pair of limited edition White Superstars nestle within foam inserts, each shoe sporting an illustration of Jam Master Jay’s face. In the other, an authentic-looking Run-DMC/Adidas leather tracksuit, complete with clothes hanger and garment bag.

While initially produced for a special event, these packages were ultimately given to influencers after COVID scuttled plans for the LA benefit. I can only imagine what kind of influence they had on the 100 people who received them. The sheer size, weight and boldness of this piece is a fitting tribute to these superstars of athletic fashion and hip-hop.