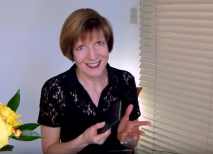 There are some creative combinations that you know are guaranteed to bring a smile to your face: chocolate and peanut butter; Lennon and McCartney … and the force behind this week’s Paper Inspiration: Studio Sutherl& and Boss Print.

Recently we saw these two collaborate on the children’s book “A Tall Story,” which employed clever folds to tell the tale of a giraffe who was afraid of heights. This time, designer Jim Sutherland pushed the bounds of dimensionality in another way with a series of eight boxes, each a different size and color, that neatly nest one inside the other like Russian matryoshka dolls.

The first thing you notice is that each box not only is a different size, but it also shows off a different rigid box style, from slipcase to matchbox to tray box.

As if this isn’t intriguing enough, each box boasts a line from the classic children’s song “There Was an Old Lady Who Swallowed a Fly” stamped on the outside and within, in one of eight different colored foils. “Boxes in Boxes” mimics the song in two intriguing ways.

Firstly, the lines on each box echo the unexpectedness of the song itself by beginning sensibly enough on the top of a box’s lid, for instance, and then continuing in surprising places.

Take the yellow matchbox-style box, which begins its verse on the top and continues it along the outside edge of the sliding tray within. Phrases wrap around corners, spring up on the inside spine of a clamshell box, and are generally as unpredictable as the song itself.

The boxes also increase in size as “The Old Lady” swallows ever-larger animals, with the “horse” box being the largest, and the “fly” the smallest. Since they are all nested one within the other, it conveys the impression of one animal eating the other.