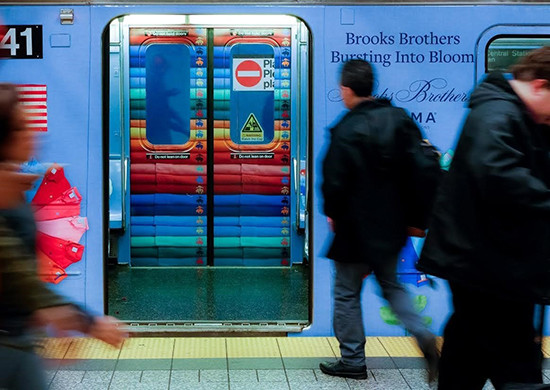 I’ve always thought NYC is a great place for wide-format an out-of-home (OOH) marketing campaigns. From uptown to downtown, there are hundreds of avenues to showcase unique and innovative OOH ideas — on both print and digital platforms.

"We are thrilled to be partnering with Brooks Brothers again on their newest Supima campaign," said Jodi Senese, OUTFRONT Media's executive vice president and chief marketing officer. "Innovative brands like Brooks Brothers have been leveraging out-of-home advertising for decades to make a splash in the New York market ahead of busy shopping seasons. OUTFRONT Media's unparalleled presence in New York and creative canvases makes us the premiere platform for brand stories."

If you’re in and around NYC, be on the lookout for the new colorful campaign from Brooks Brothers and OUTFRONT Media.