Otto's Night Watch: Final Column in Our Series Is a Winner ... Flashback Friday 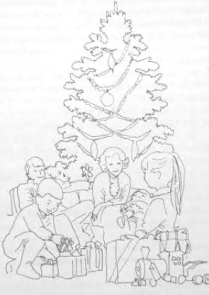 Here’s the last installment in our continuing series of republished “Otto’s Night Watch” columns written by Otto Boutin, which appeared monthly several decades ago in Printing Impressions and that were also published in a hardbound book by the late founder of our publishing company, Irvin J. Borowsky, back in 1973. I hope you've enjoyed this series of Otto classics that we've published on Fridays these past several months. Although there's numerous mentions of Linotype machines, other old-fashioned tools of the trade and of the "tramp printers" who once roamed the country during the era when these short stories were penned, Otto's tales delved much deeper into topics like human nature, greed, laziness, lust, wanderlust, the ironies of life in general and much more. I really hope you've enjoyed reading them as much as I have!

Albert was one of those men who don’t make much of a ripple in passing through life. He was born in Dubuque, graduated from high school in Dubuque, served his apprenticeship in Dubuque, and got a job with the Dubuque Telegraph-Herald. A long time ago, when I spent some time in Dubuque, I got to know him real well. We ran Linotypes side by side.

He scratched his head. “No,” he said, his eyes twinkling. “I’ve got everything I want right here in Dubuque.”

Personally, I’ve never had anything against Dubuque. I still think it’s a very interesting city, rich in Iowa history. Its mines produced lead for Civil War bullets. Its shipyards built boats that Mark Twain may have piloted. In frontier days Dubuque boasted of making plows “for all Christendom.”

The Melleray Abbey is a good place to be a Trappist monk, if you want to be a Trappist monk. The vertical streets are wonderful if you are training to be a mountain climber. And the bluffs provide a panoramic view of the Mississippi, still fresh from Minnesota lakes, if you like to take pictures. But for spending a lifetime in Dubuque …

“Haven’t you ever left the city?” I asked.

“I gave it up. Too much traveling. I’ve got a family, you know.”

He invited me for Sunday dinner. While his wife was setting the table, he put Tommy Dorsey’s “Lonesome Road” on the phonograph. “That’s me,” he said, “playing one of the clarinets.”

He reached into a cabinet for a clarinet, put a new reed into the mouthpiece, and started the record all over again. Standing at the table, gently beating time with this foot, he began to play. He blended in perfectly with the music.

Loralee, his wife, stood listening. A gorgeous blonde, she had eyes that could enslave any man. Three children galloped into the dining room. Their noses were running.

I was glad I had the freedom to go to New York. I had a lot of living to do and many things to see.

Five years later, when I was working in Davenport, I obeyed an impulse to drive up and see Albert. He was still Linotyping at the newspaper. He invited me to have Christmas dinner with them. Loralee seemed lovelier than ever and the children didn’t have running noses. I talked about my interesting experiences as a taxi driver in Havana and about meeting Robert Graves while I was trying to write a novel in Majorca. And Albert told me he had a better shift and was earning a few pennies more per hour.

After the coffee Albert told the kids that he could play almost as well as Bennie Goodman. Loralee handed him the clarinet and put a record on the hi-fi. I could hardly recognize Albert. A new, vibrant personality emerged from the dull shell of the Linotyper. I wanted to take him by the hand and lead him out of Dubuque. It was a shame that he was doomed to waste his life at the damn keyboard.

I dropped in on them a few years later. He was getting gray already and his wife’s hair had more silver than gold. The children were grown. The two girls were anxious to get away from the dinner table because they had dates. The boy was complaining that his tire kept getting flat. When Albert reached for his clarinet, the kids hurried out of the house.

“Still playing?” I asked, trying to keep the sympathy out of my voice.

“Still at it,” he said, shrugging.

I took a long look at Loralee. I wondered if she realized what her beauty had done to this man’s life.

She put a record on the stereo and started a tape recorder. Albert picked up his clarinet.

“He likes to feel like he’s playing in a big band,” she explained to me softly. “So he plays while the record is going. And we get it all down on tapes. Then we really have him playing with Artie Shaw …Glenn Miller … Woody Herman … all of them.”

I felt sorry for Albert, accepting such a substitute when he could have had the real thing. Of course his wife was a lovely woman, but …

I was on my way to Seattle, where I wanted to saturate myself with the atmosphere of the Northwest. But I didn’t like the fogs and so, after a few months, I went down to San Francisco, where I didn’t like the traffic. Los Angeles was beginning to look like a slum and so, after a few more months, I went to Nevada to Linotype on the Las Vegas Sun, where people were wonderful. But as more months went by I got tired of the desert and wanted to see the ocean again. San Diego was just another rat race of pushing tape into automated machines and so I went to Tijuana where I rented a room in a cheap hotel and began writing a lousy novel about a Mexican barmaid.

On the day before Christmas I looked out at the shabby streets of Tijuana and felt an uncontrollable urge to get back to the Midwest. Tijuana is no place to spend Christmas, nor is California, nor Texas, nor Florida with its paper icicles hanging from palm trees; no, not even New York, where Christmas has become a Broadway spectacular, produced by a Hollywood stage manager. The place to spend Christmas is in the Midwest, where the winding rivers lie frozen like diamond bracelets among ermine hills of pure white snow. I wanted to get back to Dubuque.

The connections were poor and it was past midnight when I was walking up the icy hill with a quart of good rum for Albert and a black silk mantilla for Loralee. With joyous lights shining from the windows, Dubuque was as beautiful as a Christmas card.

Loralee took my coat, asked me to sit down, and then sat across the room, beside the glistening tree. The tape was softly playing Guy Lombardo’s holiday music.

“The children are gone,” she said. “They have families of their own.”

“I thought you knew. He died a year ago. Just passed away in his sleep.”

I noticed the tin round boxes of tapes.

“You’ve been playing his music?” I asked.

She put a Kleenex to her eyes. “It’s him,” she said, her voice breaking, “playing with all the big bands.”

In the glow of the many-colored lights her skin seemed soft and youthful. In her maturity she was lovelier than ever.

I looked through the window at the snow-packed streets. They seemed desolate, like the desolate streets of every town, every city, every country, where a man is alone on Christmas. And I understood why Albert had been so contented in Dubuque. Here, in his home, was heaven enough.

Loralee reached for the glass of wine that was beside her.