Here’s the next installment in our continuing series of republished “Otto’s Night Watch” columns written by Otto Boutin, which appeared monthly several decades ago in Printing Impressions. In this week’s short story, Otto recounts the wanderlust lifestyle of tramp printers — back in the days when some Linotype machine operators and pressmen traveled around from town to town, sticking around just long enough to make enough money to keep their journey —oftentimes to nowhere — alive. But automation reared its ugly head, eventually making the demand for their skill sets obsolete. We all wish we could just "take off" from time to time, leaving our troubles behind in exchange for travel, adventure and a carefree life. Tramp printers, back in the day, actually did it. Enjoy!

Time to Be on the Go Again

Fifty years ago a printer was considered well-traveled if he saw half the United States. Today the tramp printer thinks in terms of the world.

Douglas S., 42, has a home and family north of Vancouver while he works as a Linotype machinist in Chicago. “But I won’t stay long,” he insisted as he was fixing a squirt on my machine. “I have to keep moving. I want to work on the English paper in Hong Kong. I’ve got connections there. I’ve worked in Honolulu and Tahiti. There I set type in French. I learned to set French in Montreal, where I worked half the day in French and the other half in English.

“I’ve also set type in England. I do a lot of reading about small English towns and I wanted the experience of living in one. So I dropped in at union headquarters and told them I’d like a job in a quaint English town. A Dickensian character in a tweed jacket studied me over his spectacles and wrote a list of four jobs to choose from. I enjoyed working there very much. They have a relaxed attitude about everything. At High Wycombe we used to do our drinking at a pub called the Falcon and a few years later, back in Vancouver, I met the same fellow I used to drink with.

“Vancouver is a melting pot for printers. They come there from all over the world because Canada is liberal towards immigration. I knew a German operator who kept setting galley after galley of English with hardly any mistakes. But he couldn’t speak English. He was just learning.”

A few years ago Douglas took a grand tour of Europe. “My wife is Swedish and so we flew to Sweden to stay with her folks. We bought a Volkswagen for $400 and just kept riding around for almost a year, from Helsinki all the way down to Istanbul. European shops are being automated, but more gradually than in the United States. The people are not in a frenzy about getting new gadgets. But they are very proud of their print shops. In Yugoslavia, for instance, a manager tried to impress me by showing me the composing room of his newspaper. I didn’t have the heart to tell him that his equipment was obsolete and his paper was full of hairlines.

"Yugoslavians are very warm-hearted people. They’re always shaking hands, patting you on the back, or touching you on your shoulder. They’re not reserved like the English. The thing to eat on the Dalmatian Coast is baby squids. We ordered them by mistake, thinking they were shrimps. They were absolutely out of this world.” 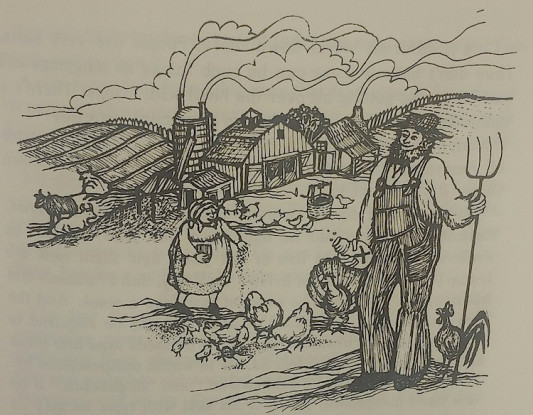 Douglas said that he was offered a job with the Stars and Stripes in Darmstadt in West Germany. “But we were on our way back to Sweden, where we wanted to spend more time. Working conditions are not too bad in Europe. There is not so much pressure. In most countries the law guarantees a four-week vacation. In Sweden people retire at 55 on a government pension. We sold the car for $450 and flew back to Vancouver. Now I’m working to save up money to buy a fishing boat. Boats cost plenty nowadays. But it’s a good life, commercial fishing. I love the sea. It gives me the feeling of freedom. If I thought I had to spend the rest of my life fighting machines in a print shop, I’d go crazy.”

Wayne C., still in his early 30s, has covered more territory than the average old-timer did in a lifetime. Instead of riding under box cars, he flies. He and another printer have bought themselves a small plane. Flying is their hobby. They don’t work their way from town to town. They hop 500 miles at a time. Nostalgically, he recalls working in New Zealand.

“It’s a different world down there. People are very naive. They don’t believe there can be such things as muggings and stabbings, and getting hit over the head with a pipe. There’s a child-like innocence about them. I’m going back some day.”

And, because he enjoys surfboarding, he has fond memories of Australia. “Everybody hangs around the beaches down there. It’s the real life.”

The legendary tramp printer, however, is settling down. Automation has reared its ugly head and jobs are not as available as they were five or 10 years ago. Right now the tramp printer gets a cold shoulder in New York City, San Francisco and Minneapolis. In Denver he may get two days a week. And the jobs are not good, anywhere. A linotyper may be required to hop around like a brainless dervish as he feeds tape into three or four machines. Helplessly he has to watch computerized hyphenization as “co-ok,” “reknown-ed,” and “ni-ght-club.” If he is a hand compositor, proud of his skill with type, he may be condemned to scissors and pastepot, like a nut in a bughouse.

Among the deaf mutes who have given up wandering is James J. Irwin, now working in Chicago. Although totally deaf from scarlet fever since the age of two, he has spent many years on the road as a tramp printer. After learning the linotyping trade at the Milo Bennett School in Indiana, he worked in San Francisco, Texarkana, Des Moines, Little Rock, St. Louis, Dallas, Houston, El Paso, Denver and Baltimore. He also worked in small towns in Virginia and spent two years at the Government Printing Office in Washington, D.C.

With his lip-reading, sign language, and pencil and pad, he found no difficulty getting jobs wherever he went.

“My deafness doesn’t bother me at all,” he explained with his fingers and gestures. “Everybody has some kind of trouble and mine is not too bad. I am a most happy fellow.”

But he admits he doesn’t want to hit the road any more. “Too much automation.”

A correspondent from Ohio says that tramping and marriage do not mix. About 30 years ago he left a wife somewhere in Kansas or Missouri and never got married again. That’s really a shame — not knowing exactly where he left her.

My drinking buddy remembers specifically where he left his wives — one in Texas, another in Spokane, two in California, and the latest on in St. Petersburg, Florida. But he never gives up. Right now he is spending his weekends on a farms in Indiana, helping a widow make some very potent apple cider.

The "Hot Pants" situation was handled discreetly in our composing room. Instead of competing with each other in displaying their charms, the Teletypesetter girls took turns. One girl wore her abbreviated pants on Mondays, another on Tuesdays and so on. Every night the limelight was on one specific girl, with no distractions.

Men began to pick their favorite nights. Consequently, many tramp printers stayed on their jobs all summer, despite their natural inclination to head for the north woods. When the girls went back to wearing baggy slacks, the printers went south.