OAI utilized the 2015 NHL Stanley Cup Final brand in collaboration with both teams’ images, colors and logos across various surfaces. 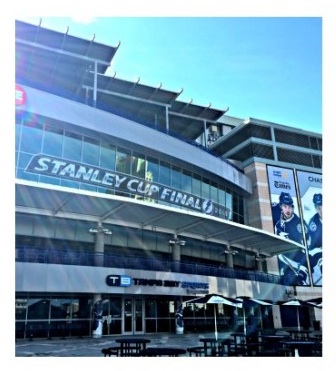 "Since the night the Tampa Bay Lightning advanced to the Stanley Cup Final, our team has been busy preparing to brand Amalie Arena," said Crystal Richardson, sales manager of OAI Visual Branding. "We were at the office Saturday preparing files for production and saw the Blackhawks were up 2-0 in the first period, that’s when we knew the first 2015 Stanley Cup Final game would be in Tampa. Fueled with excitement and a tight deadline, we worked all through the weekend to get everything turned around quickly."

Give Your Print Production a Fresh Look with Décor