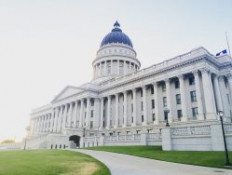 RESTON, Va. — July 7, 2017 — NPES The Association for Suppliers of Printing, Publishing and Converting Technologies is pushing hard for pro-growth tax reform in 2017. In a statement filed with the House Ways and Means Committee, NPES advises tax reform is essential to fuel a more robust economy and promote sustained economic security.

In that regard, NPES President Thayer Long commends Speaker of the House Paul Ryan, House Ways and Means Committee Chairman Kevin Brady, and Ways and Means Tax Policy Subcommittee Chairman Peter Roskam for championing A Better Way Tax Reform Blueprint, which is designed to promote efficiency and economic growth by simplifying and making permanent tax laws that will reduce the costs of tax compliance and facilitate business planning and investment for the future.

In assessing the various facets of tax reform, NPES Vice President, Government Affairs Mark Nuzzaco unequivocally states that, “full and immediate Expensing is the indispensable cornerstone of pro-growth tax reform.” He adds that, “it is imperative that full Expensing be included in tax reform legislation that needs to become law this year.”

Expensing is not only the correct method of accounting for the service price of job-producing capital investment, it is also widely regarded as the single-most powerful component of a pro-growth tax reform plan that will increase sorely lacking capital investment. It will add the most growth to the economy, bring back well-paying jobs and will, in turn, result in rising wages and increased tax revenue. NPES urges that it be made a permanent part of a comprehensively reformed tax code.

Nuzzaco continues by citing the Tax Foundation’s analysis that shows allowing businesses to fully deduct, or expense, their investments immediately would significantly reduce the cost of capital, boosting long-run GDP by 5.4 percent and increase the number of full-time equivalent jobs by one million. He quickly underscores that, “because Expensing only applies to new investment, it stimulates new growth in the economy.” And he warns that, “weakening full Expensing in exchange for other corporate tax reforms, helpful though they may be, must be avoided.” Additionally, he adds, “the synergy of combining Expensing with a corporate rate cut would be even more powerful and beneficial.”

Along with Expensing, NPES also supports other elements of A Better Way Tax Reform Blueprint, including a corporate rate cut for all business entities – however they are legally organized – and repeal of the Death Tax, both especially important to smaller family-owned businesses.

NPES stands ready to continue to work with Congress and the Administration to achieve the vital goal of tax reform that promotes economic growth, tax compliance efficiency, business planning certainty, and the well-paying jobs that come from it.