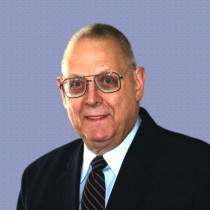 RESTON, Va. - September 18, 2017 - NPES is pleased to announce that David Q. McDowell has been selected as the recipient of the 2017 Innovation Excellence Award. Established as an inaugural award in 2016 by The Franklin Luminaire Awards, this acknowledgement was created to recognize innovators in the graphic communications industry.

Having been involved in graphic arts standards activities since 1982, and continuing as a volunteer after retiring from Kodak in 1999, McDowell served as chair of the NPES Committee for Graphic Arts Technology Standards (CGATS), chair of the US Technical Advisory Group to the International Organization for Standardization Technical Committee 130 (ISO/TC130), and as chair of several ISO/TC130 Working Groups. Additionally, he actively represented the printing and publishing industry and held leadership positions in ISO/TC42 (Photography), ISO/TC171 (Document Management), and the International Commission on Illumination (CIE). In these capacities, he worked to advance the development and acceptance of graphic arts related standards.

McDowell was instrumental in the creation of IT8 and CGATS in the mid-1980s, and in the reactivation and organization of ISO/TC130 (Graphic Technology) in 1989. Today, TC130 has eight working groups, six joint working groups and five task forces that encompass the full range of printing and publishing technologies.

Thayer Long, NPES President, states, “Dave’s many contributions as past chair of CGATS and the USTAG to TC130 have provided an invaluable service to the printing and publishing industry. Without his commitment, passion, and love of our industry, many of the processes that we take for granted would be far more complex and costly for printers than they are today.”

Standards work in the U.S. that McDowell helped initiate in 1982 has grown into a world-wide activity, revolutionizing the printing and publishing industry from a craft-based largely localized business into an internationally based manufacturing operation.

“Throughout his career, both as an employee and a volunteer, David McDowell has exemplified the spirit of innovation that drives our industry forward,” says David J. Steinhardt, President & CEO, Idealliance. “At the point in his life when most people retire and relax, he embarked on a new path of industry service as a leader of several industry technology and technical standards initiatives, giving generously of his time, energy, and expertise. He is a most deserving recipient of our 2017 Innovation Excellence Award.”

NPES applauds Printing Industries Alliance and the Idealliance DEER Foundation for naming David Q. McDowell for this well-deserved award, which will be presented by The Franklin Luminaire Awards on October 18, 2017 at the Lighthouse at Chelsea Piers, New York NY.