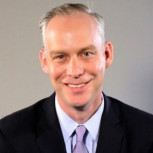 RESTON, Va. - September 29, 2017 - NPES President Thayer Long commends the GOP tax reform framework announced by President Donald J. Trump and House and Senate leaders as a solid starting point, which provides full and immediate expensing of capital investment, including for new cutting-edge printing, publishing, converting and mailing technology. “This framework’s focus on economic growth and jobs, along with its inclusion of full and immediate expensing, reflects one of NPES’ top government affairs priorities, for which the Association has advocated for many years,” said Long.  “Full and immediate expensing is the single-most powerful pro-growth, job-producing provision in the entire framework.”  But Long cautioned, “as with all legislation, details matter, so NPES will closely monitor the legislative process, provide more analysis as specific information emerges, and weigh-in where needed.”

Additionally, NPES Vice President, Government Affairs Mark J. Nuzzaco stated that, “NPES member company executives and their employees should be prepared to advocate directly with their members of congress when the time is ripe.” 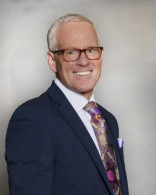 PITTSBURGH - September 29, 2017 - Printing Industries of America is hailing the tax reform plan outlined by President Trump as a pro-growth game changer for its member companies and the printing and packaging industry at large.

“For years, PIA has called upon Congress to enact tax reform that will boost domestic manufacturing industries, including printing, by addressing tax burdens faced by small and mid-sized companies. The tax reform framework unveiled by President Trump today answers this call in many ways.

The tax reform effort now begins in earnest in Congress as the Senate Finance and House Ways & Means Committees draft detailed legislation. PIA recognizes that difficult choices will need to be made by the tax-writing committees regarding business tax credits and deductions not specifically outlined in the framework released today. Notably, PIA will be closely monitoring any attempts to eliminate or reduce the deduction of the cost of advertising as an ordinary business expense and will work with the over 100 bipartisan U.S. Representatives who earlier this year sent a letter to the House leadership urging preservation of this deduction.

PIA recognizes this tax reform plan as a bold, once-in-a-generation effort. We stand ready to assist the White House and lawmakers from both sides of the political aisle as they seek to enact meaningful, comprehensive tax reform that will spur economic growth and innovation in the printing and packaging industries.”

Printing Industries of America will continue to monitor the progress of the tax reform and will provide more in-depth analysis as the plan advances.