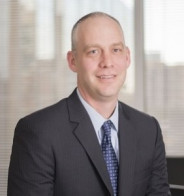 "It would be hard to overstate the importance to NPES members and the broader mailing industry of this initiative to bring the Postal Service back to solvency," says NPES's Long. This is especially true at a time when the Postal Service is, in the words of the discussion draft's congressional co-authors, "in dire financial shape," having accumulated $125 billion in unfunded future payment obligations, exhausted its borrowing capacity, and already defaulted on five payments to the U.S. Treasury. Long added that "this kind of bipartisan cooperation is refreshing to see at a time when there is so much other political dysfunction." Mailing industry stakeholders were given two weeks to review the draft and submit comments to OGR Chairman Chaffetz and his committee colleagues.

Summarized, the draft attempts to enhance revenue and improve efficiency, streamline the governance and oversight of the Postal Service, and most notably from a financial standpoint, integrate postal retiree healthcare with Medicare. Including this last provision is critical to the success of the initiative according to ORG Chairman Chaffetz.

"The discussion draft is a thoughtful and realistic starting point that includes and tries to balance key reforms needed to put the Postal Service on a course to financial solvency and long-term viability once again," shares NPES Government Affairs Director Mark Nuzzaco. But he added that details are always important, so NPES and its Twenty-first Century Postal Service Coalition allies are now closely reviewing the discussion draft in order to provide its congressional authors with guidance going forward. "We are a long way from the finish line," says Nuzzaco, "but at least we have started the race."

About NPES
NPES The Association for Suppliers of Printing, Publishing and Converting Technologies is a U.S. trade association representing more than 600 companies nationwide that manufacture and distribute equipment, software and supplies used across the workflow of printing, publishing and converting process. NPES is a partner in the Graphic Arts Show Company that sponsors the global PRINT exhibition and Graph Expo — the largest and most comprehensive graphic communications trade show and conference in the Americas. NPES offers members a wide range of services including: statistical, market research and education programs; government affairs representation; safety and technical standards development coordination in the national and international arenas; and, international trade assistance.