Business Management, Training and Education
May 1, 2017 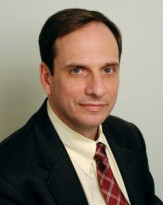 NPES The Association for Suppliers of Printing, Publishing and Converting Technologies recently acquired the one-third ownership stakes previously held by the Printing Industries of America and Idealliance (its predecessor was NAPL) in the Graphic Arts Show Co. to assume full ownership of the GRAPH EXPO and PRINT trade shows.

Taking ownership ends a nearly 35-year partnership of the three associations sharing the net proceeds from the annual event, but NPES President Thayer Long says that becoming the sole proprietor will better position NPES to make changes and investments in the exhibition. Beyond its traditional focus on print providers and graphic arts industry suppliers, the overall value chain is also being extended outward in the attempt to engage print specifiers, designers, brand managers and marketing services agencies.

Long adds that the exhibition will no longer be judged solely on how much square footage it comprises. “It’s not how big the show is — the value is how successful we are to help attendees solve their business problems. We’re taking an outside-in approach to learn from their ‘up at night’ challenges and then providing solutions.”

The new ownership announcement is just one part of what NPES calls a new direction embodied in its “2017-2020 Strategic Business Plan.” Finalized last December, NPES developed it based on data gleaned from its outreach to more than 13,000 stakeholders — OEMs (including NPES members and non-members alike), printers and others — using surveys to ascertain their “what keeps me up at night” issues; via extensive telephone interviews with industry leaders; and through strategic planning sessions with NPES board members and staff. 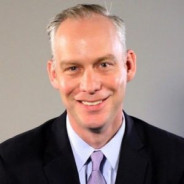 Based on the feedback, the strategic business plan calls for NPES to prioritize action-oriented industry research; initiatives to facilitate business networking; a more robust legislative advocacy strategy; expanded global trade and channel development efforts; and training, both from the standpoint of skills training and industry recruitment.

Long also hints that further announcements about changes and improvements to this year’s exhibition — and future GRAPH EXPO/PRINT trade shows — will be forthcoming in the weeks and months ahead.

It will be interesting to watch the future direction of the exhibition unfold. As the sole owner, NPES now has far more leeway to innovate. Strategic business plans contain a lot of platitudes. The event’s true measure of success will be the value of the educational sessions and the interaction between attendees and exhibitors on the show floor.