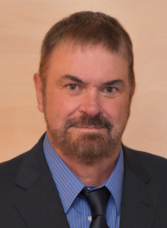 NPC, Inc., (NPC) Owner and Chairman of the Board, Mark Barnhart, was recently presented with the Lifetime Achievement Award in Business Excellence by the Blair County Chamber of Commerce. This honor recognizes an individual who has been regarded as a business leader in Blair County for at least twenty-five years and who has positively impacted the local business community.

As the 19th recipient of the award, Barnhart was selected by a committee comprised of members of the Chamber's executive committee, staff, and past award recipients. Barnhart's family, colleagues, and business partners gathered to pay tribute on October 18, 2021, during the Chamber's annual Business Excellence dinner at The Casino at Lakemont.

Chip Gallaher, NPC Chief Executive Officer, said, "Managers do things right; leaders do the right thing. That's Mark. Mark rarely manages, but he leads 24 by 7 and 365 days out of the year."

As a second-generation owner of NPC, Barnhart has been the visionary behind the company's continued growth since purchasing the business from his parents in 1987. Under his leadership and guidance, NPC has transformed from a traditional printing company into a full-service print, mail, and related communications. The company currently employs nearly 500 individuals in Blair County and surrounding communities.

New Pig Corporation Chairman and Co-Founder Ben Stapelfeld explained, "To Mark Barnhart, running a business is just a medium used to build experiences for others. Although his business successes have been significant, and there are many, they pale in comparison to the adventures and opportunities he has created for other people."

A visible leader in the local community, Barnhart dedicates much of his time to mentoring and advising young entrepreneurs and start-up companies. He is also a supporter of the Blair County Chamber of Commerce. Additionally, Barnhart contributes charitably to local organizations, including food banks, libraries, YMCAs, educational foundations, and efforts that benefit law enforcement and military veterans.

"I've never been comfortable with the use of the word 'I,'" said Barnhart. He explained, "It will always be a 'we thing' to me. Any of our success is tied to the quality of our people and the sum of their commitment, hard work, an abundance of favorable circumstances. I can't thank the Chamber enough for providing me the opportunity and platform to tell you about NPC and share this honor with the many people who have been a part of our story."

Today, Barnhart has transitioned into an oversight role as chairman of the board. His focus on customer and market expansion, recruitment, and the development of the company's current and future leadership team will continue to position NPC for long-term success.