PIA Seeking Nominations for Outstanding Managers in the Printing Industry 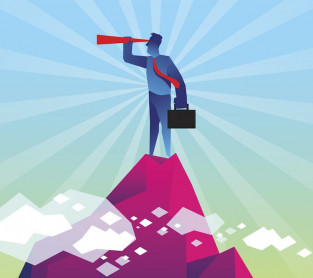 WARRENDALE, Pa. — December 23, 2016 — Printing Industries of America (PIA) is accepting nominations for the 2017 Managing for Improvement Award, which honors outstanding managers in the printing industry who have demonstrated the ability to create real and lasting improvement for their companies. The 2017 recipient will be honored at the 2017 Continuous Improvement Conference, April 2-5, in Pittsburgh. Nominations are open to any individual working for a printing and graphic communications company in the U.S. or Canada. The nomination deadline is February 10, 2017.

Candidates must hold a clear record of leading people, teams, and/or projects to higher levels of performance. Areas of achievement include leadership in the application of continuous improvement practices such as Lean Manufacturing, Six Sigma, ISO 9001, total quality, and good manufacturing practices. Nominations should provide evidence of measurable improvements in quality, efficiency, productivity, safety, and/or customer satisfaction in either production or service. Nominations also require at least one letter of recommendation.

The recipient will be honored during the 2017 Continuous Improvement Conference. The conference is one of the most-attended PIA events and is known for helping business owners uncover detailed strategies for protecting company survival, implementing Lean Manufacturing tactics, transforming company culture, and more.

In addition to being acknowledged by industry peers at the 2017 Continuous Improvement Conference, the recipient and company will receive recognition in various media releases. Past recipients for the Managing for Improvement Award include Michael Peluso, president, Shawmut Communications Group; Cary Ripsh, value stream manager, the Ovid Bell Press; and William Denzen, general manager of Rollfed and Red Rock Technologies business units, Smyth Companies.

For more information about the 2017 Managing for Improvement Award, visit: ci.printing.org/managing-for-improvement-award. Nominations can be made using the form online.

Creating and Sustaining a Winning Culture