NFC Is Growing at the Cash Register, Will It do the Same on Shelf?

The way we pay for products appears poised to change substantially over the next eight years as near-field communication (NFC) technology continues to expand and develop. According to a press release from Research and Markets, the NFC market is expected to reach $47.43 billion by 2024. 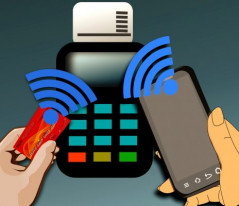 Near-Field Communication technology is becoming popular for transactions. Will it have the same impact on packaging?

The press release goes on to state that the growth of this technology is largely due to the expanding use of smartphones and mobile payment platforms that allow consumers to exchange money via an NFC connection between their phones and the point-of-sale system. These systems take physical cash or cards out of the buying process, making transactions fully electronic.

Packaging Perspective: If consumers are reacting positively to NFC technology at the cash register, it seems logical to think that they would like to see NFC implemented on the shelf as well. Smart Packaging technology is far from mainstream at this point, but there have been some interesting applications that have hit the market.

For example, packagePRINTING has reported on the innovative NFC labels that appeared on bottles of Malibu rum in the U.K., which provided consumers with a wide array of Malibu-branded content, just by tapping their smartphones against the bottle.

Another NFC example in the beer, wine and spirits sector was implemented by Hopsy, a San Francisco-based beer delivery service. Hopsy was able to implement the technology through a partnership between Constantia Flexibles and Thin Film Electronics. The labels developed through the partnership are incorporated onto some craft beers brewed in the San Francisco area, providing a creative way for breweries to interact with consumers.

While these NFC implementations certainly pass the “cool” test, will an over-saturation of interactive packaging lead to consumer fatigue? After all, it’s safe to assume that most consumers don’t want to have their phones inundated with notifications every time they go to the grocery store.

According to David Luttenberger, global packaging director for the Mintel Group, one of the keys to successfully merging the packaging and mobile worlds is by keeping the concept of “contextual relevance” in mind. To truly make a meaningful connection with a consumer, brands should incorporate smart packaging technology to provide useful information that is important to the consumer. 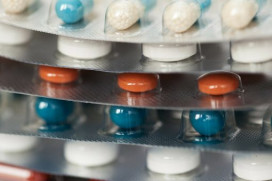 The pharmaceutical market is a good candidate to incorporate smart packaging that informs consumers.

For example, rather than having basic food item packaging sending promotions or videos to a smartphone, NFC could be better suited on a pharmaceutical package to help a patient better understand the drug’s instructions for use or potential side effects.

“It’s not about putting an NFC or QR code on every cereal box in the world,” Luttenberger told packagePRINTING earlier this year. “The real functional areas that I’ve been impressed with are in the pharmaceutical, medical and over-the-counter opportunities.”

NFC technology can also play an important role in product security when it is incorporated into packaging. For example, as Campaign US reported in January, Diageo implemented NFC into the packaging for Johnnie Walker Blue Label whisky. For a high-end item like Blue Label, NFC allows consumers to scan the bottle with their phone to determine that it is authentic and not counterfeit.

So, while the predictions presented by Research and Markets indicate that contactless communication is going to be an important part of the consumer experience, it should still follow the two basic rules of packaging — informing the end user and protecting the product. For NFC, this means looking beyond novelty to offer essential information and added security.

The Global RFID Industry: An $11B Market in 2018
Comments
COVID-19 Resource Channel