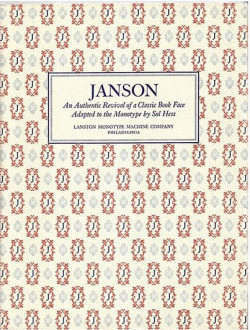 The Museum of Printing in Haverhill, Mass., has acquired over 12,000 rare typographic items, from promotional ephemera, to type specimen books, to correspondence with typographic designers.

This collection joins the over 9,000 typographic items in the Museum’s archives. It is one of the most compete collections of 20th Century worldwide typographic development and promotion.

John Schappler worked as a type designer under R. Hunter Middleton at Ludlow Typograph, and also held type design positions with IBM, Compugraphic, Sun, and Itek. Schappler was a calligrapher who learned his craft from the renowned lettering teacher and historian Father Edward Catich. Schappler saved almost everything typographic.

This material joins the Museum’s collection of original drawings for every Linotype typeface produced in the 20th Century, plus artwork for Intertype and Photon phototypesetters.

The Museum of Printing is organizing all of its typographic holdings so as to be accessible to researchers, historians, and graphic design professionals. MOP is at 15 Thornton Ave., Haverhill, MA 01832.