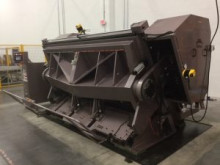 MPN’s 3M Crest Widemouth follows its 2.5M Widemouth, already in the market on the West Coast. Developed and engineered by MPN, Widemouth technology re-defines how the industry die cuts thicker substrates, including corrugated, plastic and structural board like Falconboard. Widemouth enables the Crest to go from a normal .937˝ steel rule die up to a 3˝ steel rule within seconds to cut thicker materials with an edge quality similar to a router table.

Standard Printing, which specializes in supporting the packaging, education, publishing and commercial markets, took delivery of the first 3M Widemouth in October. President Bill Nolan said the 3M Widemouth will enable his company to “better support our customers with a more efficient means of cutting larger quantity orders and thicker substrates as compared to using a digital CAD cutter.” 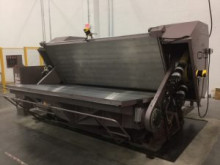 MPN President Rob Weidhaas said the Crest Clamshell Widemouth is gaining a foothold in the large format market. “We’ve made a substantial investment in Widemouth technology because of the huge revenue opportunities it offers printers,” he said. “The speed and precision of our Crest Widemouth gives printers ‘mass production’ capabilities as compared with tables.”

Demonstrations of the 3M Widemouth can be arranged by contacting sales@mypressneeds.com.