The Morning After: What Trump Win Means for the Printing Industry

In September, Printing Impressions ran a study that was completed in August 2016 by NAPCO Media Research (NAPCO is the parent company of Printing Impressions). The study, "Make American Business Great Again: Corporate Leaders Choose Trump Over Clinton," revealed then, that Donald Trump was winning big among printing industry execs. Click here to read the full article with a link to the study. 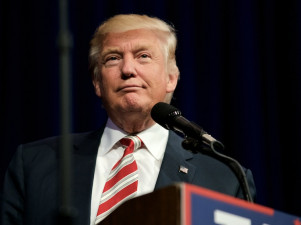 PHILADELPHIA — November 9, 2016 — In what many considered the most divisive election in modern times, American voters have spoken: Donald J. Trump will be sworn in as America's 45th president in January and the Republican Party will maintain majority control of both the U.S. Senate and U.S. House of Representatives. Also of interest is what the election results will likely mean for people who make their livings working in the graphic arts industry.

To gain some perspective both from what it means for printing companies, as well as for industry suppliers, Michael Makin, president and CEO of Printing Industries of America, and Mark Nuzzaco, government affairs director at NPES The Association for Suppliers of Printing, Publishing and Converting Technologies, weighed in. "The immediate response is that our country now needs to come together. It's important that everyone gets behind our government," notes Makin, who cites the need for laws and regulations that are pro-business and that drive the economy forward. "As so goes a strong economy, so goes a strong printing industry. [Trump and the Republican Party have] a huge task, but also a huge opportunity to drive an agenda."

Makin remains hopeful that Trump delivers on his promise to reduce government regulation and oversight, including less invasive OSHA inspections at printing companies and the repeal of onerous EPA environmental regulations that persisted during the Obama administration.

In terms of Trump's pledge to scrap the Affordable Care Act (Obamacare), Makin points out that the majority of U.S. printing companies do not participate in the health insurance exchange network when it comes to insuring their full-time employees. With that said, however, printing company business owners — and their employees — are quite concerned with rising health care premiums and deductibles. So, a fresh look by Trump and the newly elected 115th Congress at how the U.S. health care system can be reformed and made more affordable would certainly be one step in the right direction.

Nuzzaco agrees that although Obamacare has brought some good things, like the elimination of pre-existing conditions and the ability to extend health coverage for children to age 26, rate increases for printing company owners who provide employee health insurance plans continue to skyrocket out of control.

Nuzzaco is also hopeful that Trump follows through on his promise to lower tax rates for small businesses, while also pointing to the need to allow 100% expensing of capital equipment expenditures and a reduction in corporate tax rates. Trump has proposed a 15% corporate tax rate (vs. a high at 35%), but since many small businesses are creates as S corporations, LLCs and limited partnerships, there are no guarantees at this point that such a reduction would necessarily apply to these types of smaller businesses.

The passage of Postal Reform during the Lame Duck session of Congress remains a key industry initiative as well, according to Nuzzaco, even though it's admittedly not a high visibility topic among the general public. He is also concerned with some of Trump's anti-trade sentiments. NPES remains strongly in favor of passage of the Trans-Pacific Partnership (TPP), but Nuzzaco notes that both Trump and Hillary Clinton had voiced their opposition to the trade pact while on the the campaign trail, even though it was supported by President Obama.

As a long-time political watcher, Nuzzaco does believe it will be somewhat easier overall for Trump to advance his agenda with the support of a Republican-controlled Congress. With that said, he questions whether rank-and-file Republican lawmakers will automatically fall in line with Trump, who campaigned on a platform as being a quintessential Beltway outsider. "Inter-party fighting may become intra-party fighting.There will be tensions between Congress and the White House," he predicts. "And there will still be a need for compromise to settle differences and power struggles between different factions within the Republican party.

"And, like in this case, when there's a unified [Republican controlled] government, they own the outcome," Nuzzaco quips. "They can't scapegoat the opposition."