COHOES, N.Y.—July 22, 2015—Mohawk is celebrating the grand opening of a new envelope converting facility in the town of South Hadley, Massachusetts.

Members of the press, local and state politicians, and members of the business community toured the facility with Mohawk Chairman and CEO Thomas O’Connor, Jr. 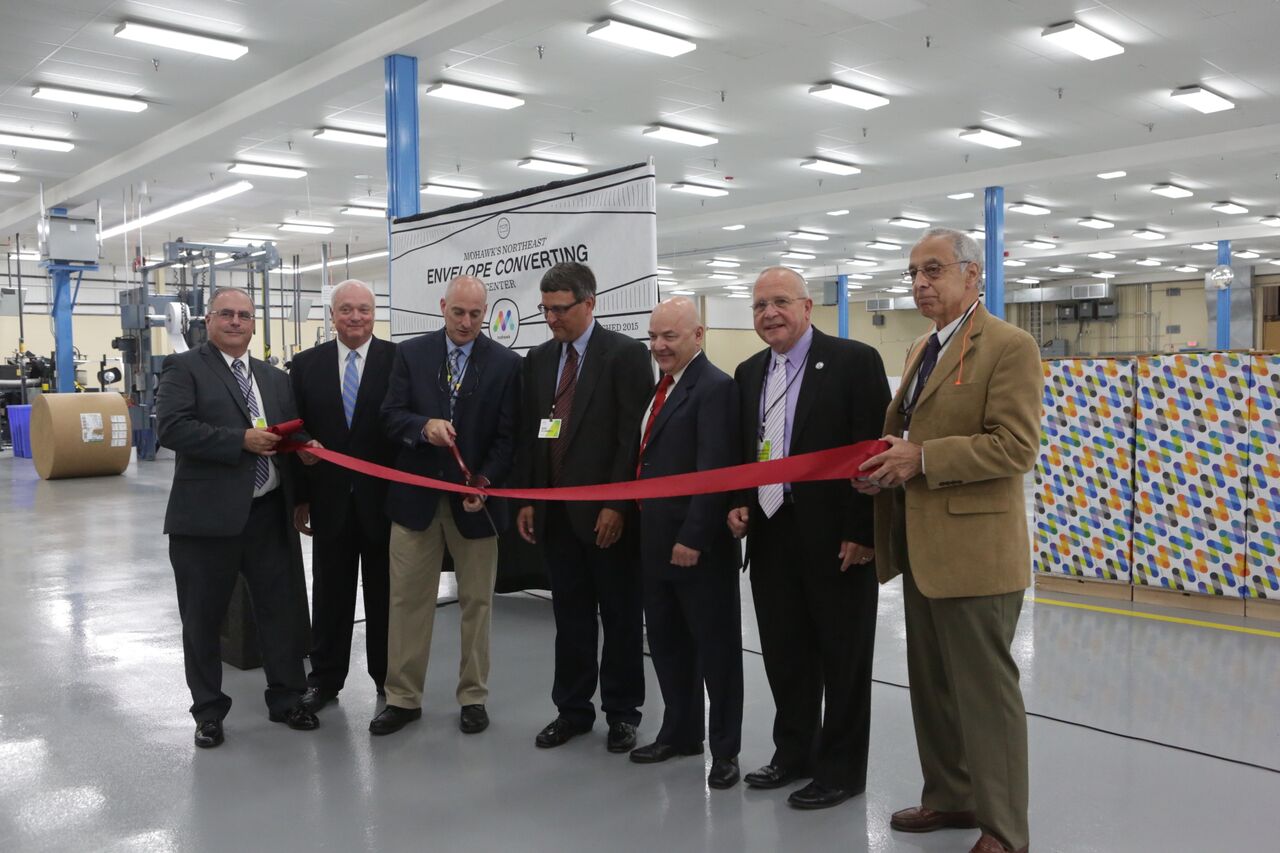 The facility has been operational since May, and is expected to produce 500 million envelopes annually. To date, Mohawk has hired 16 new employees, and plans to hire up to 40 employees over the next year.

Every Mohawk envelope features a discreet die-cut “M” on the inside seam, a symbol of exceptional Mohawk quality.

DTZ of Boston managed the site location process and lease negotiation for Mohawk.

Mohawk continually sets industry-leading standards for safe operations and the company is known throughout the paper industry for its state-of-the-art manufacturing and converting capabilities, which include fine paper mills in Cohoes and Waterford, New York, as well as a world-class paper and envelope converting facility in Ashtabula, Ohio, which produces 1.5 billion envelopes a year. 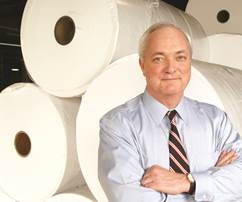 About Mohawk
Mohawk is North America’s largest privately-owned manufacturer of fine papers and envelopes which are preferred for commercial and digital printing, photo specialties and high-end direct mail. Mohawk fine papers and envelopes include the signature brands Mohawk Superfine and Strathmore, as well as proprietary treatments Inxwell and i-Tone. With a culture of innovation, Mohawk’s business model now extends beyond paper manufacturing into new areas of growth, including digital substrates, which connect designers and printers to new markets.

As a leader in environmentally and socially responsible business practices, Mohawk was the first U.S. manufacturer of commercial printing papers to match 100 percent of its electricity with wind power renewable energy credits and the first U.S. premium paper mill to shift toward carbon neutral production. Mohawk’s portfolio of recycled papers is certified by Green Seal and the Forest Stewardship Council (FSC). Mohawk is a fourth-generation, family-owned and operated business based in Cohoes, New York, with global sales and operations located throughout North America, Europe and Asia.