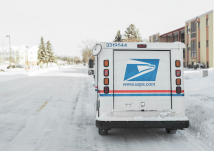 WASHINGTON — February 3, 2017 — The Coalition for a 21st Century Postal Service (C21) expressed its support for HR 756, the Postal Reform Act of 2017, introduced by a bipartisan group of Members of the House Oversight and Government Reform Committee, including its leaders. The Postal Service is in deep financial trouble, and this bill would constructively address, among other things, retiree health obligations that account for many $ billions in postal red ink.

Not only is the postal system deeply in the red on its balance sheet from its virtually unique and unsustainable statutory prefunding obligations (operations are nominally in the black), it and its customers are confronting a mandated review of its rate setting system this year. What is at stake is whether the Postal Service can continue to be wholly funded by user fees: postage. It receives no taxpayer funds. Absent this bill, the result could be major, unaffordable rate increases that would drive large volumes of mail out of the system, damaging businesses and costing jobs around the country.  Ultimately, taxpayer funds would be necessary to prop up a failing, but still essential postal system.

"This bill provides an intelligent, workable and bipartisan solution to the financial predicament faced by USPS," said Art Sackler, Manager of C21. "C21 mailers and suppliers, and the industry as a whole, have long supported a universal, self-sustaining postal system, and this bill would keep it that way."

The industry generates $1.4 trillion in commerce, and employs 7.5 million workers. With the major increases necessary to cover postal liabilities, mailers would gravitate aggressively to electronic alternatives to mail in online, social and mobile media. This would put the survivability of the postal system at risk, and likely require support from taxpayers.

"The beauty of this bill," added Sackler, "is that it would put USPS back on the path to financial balance without taxpayer funds."

The OGR Committee will conduct a hearing on HR 756 on February 7. C21 will testify.

C21 consists of business mailing associations and companies of every size —including newspapers and other periodicals, advertisers and catalogers, greeting cards, financial services, telecommunications, insurance and other statement mailers, ecommerce businesses and other parcel shippers — and their suppliers —paper, printing, technology, envelope manufacturing, and mail services.