As announced previously, Karen E. Krigsman of J.Crew Group; Traci L. Lucien of AARP; and Joseph E. Schick, recently retired from Quad/Graphics, will also be honored during the evening as recipients of 2017 Franklin Luminaire Awards.

Introduced in 2016, the Franklin Luminaire Innovation Excellence Award is granted to a company or individual in visual communications and media that is pioneering, pacesetting, and advancing new technologies. As each industry generation develops or adopts new technology, the Innovation Award seeks to recognize innovators moving the industry into the future.

The 2017 Innovation Award is being conferred on David Q. McDowell, retired Senior Technical Associate, Eastman Kodak Company, a graphic communications standards expert who provided broad technical support to Kodak product development activities during a 42-year career with the company. Following retirement, he volunteered with NPES to further graphic arts standards and held leadership positions on the ISO Steering Committee for Image Technology, ANSI CGATS, and CIE Division 8. He was President of TAGA, an Honorary Member of the Society for Imaging Science and Technology (IS&T), Standards Editor of the IS&T newsletter, and Chairman of the U.S. Technical Advisory Group to ISO/TC 130 and the ICC Specification Editing Working Group.

“Throughout his career, both as an employee and a volunteer, David McDowell has exemplified the spirit of innovation that drives our industry forward,” says Meghan Milkowski, 2017 Luminaire Awards Co-Chair. “At the point in his life when most people retire and relax, he embarked on a new path of industry service as a leader of several industry technology and technical standards initiatives, giving generously of his time, energy, and expertise. He is a most deserving recipient of our 2017 Innovation Excellence Award.” 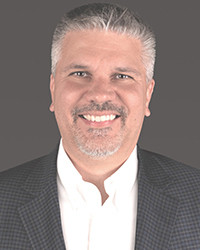 The Zenger Community Service Medal is named for John Peter Zenger, a printer in Colonial America whose arrest, imprisonment, trial, and acquittal in 1735 laid the foundation for freedom of the press in Colonial America. The Medal honors a graphic communications professional at any level of the industry who has demonstrated exceptional community service.

Recipient of this year’s Zenger Medal is Michael Duggal, CEO of Duggal Visual Solutions, which has a long record of commitment to community service and charitable causes ranging from the American Cancer Society, Habitat for Humanity, and the Make-A-Wish Foundation to the Fresh Air Fund, Veterans Administration hospitals, and National Holocaust museum.

“The Zenger Medal honors an industry professional or organization demonstrating exceptional community service,” says 2017 Luminaire Awards Co-Chair Steve Drew, “and exceptional is the perfect word to describe the years of generous support of and service to numerous community organizations, arts institutions, and charitable efforts by Michael Duggal and Duggal Visual Solutions. It is a pleasure and an honor to present him with the 2017 Zenger Medal.”

Franklin Luminaire Awards Platinum sponsorships (table of 10) are available at $6,500; Gold sponsorships (half-table of five) are $3,250. Sponsors receive recognition in the printed program and signage, and during the evening’s program. Individual tickets are also available at $400. For more information about sponsorships or tickets, please contact Kim Tuzzo of PIA at (800) 777-4742 or ktuzzo@pialliance.org.