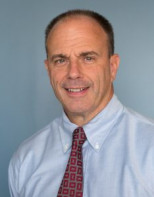 “We are very pleased with our free cash flow generation in the fourth quarter, and despite continued challenging industry conditions, we delivered increases in non-GAAP adjusted EBITDA and non-GAAP earnings per share,” said Thomas J. Quinlan III, LSC Communications’ Chairman and Chief Executive Officer. “As we enter 2018, we are confident that LSC Communications is well positioned to further differentiate its industry-leading customer solutions and continue to deliver a solid balance sheet, strong cash flow and improved earnings.”

Non-GAAP adjusted EBITDA in the fourth quarter of 2017 was $85 million, or 8.5% of net sales, compared to $80 million, or 8.7% of net sales, in the fourth quarter of 2016. The increase in non-GAAP adjusted EBITDA was primarily due to on-going productivity and cost control initiatives, as well as the impact from acquisitions, partially offset by volume declines, product mix and price pressure in the Print segment and price pressure in the Office Products segment.

The Company provides the following full-year guidance for 2018:

(1) Consistent with historical guidance and presentation, non-GAAP adjusted EBITDA includes net pension income. Beginning in 2018, Accounting Standards Update No. 2017-07 requires companies to disaggregate the service cost component of net benefit cost from other components of net benefit cost and present the service cost component with other employee compensation costs. All other components of net benefit cost will need to be presented outside of income from operations. As a result, the Company expects to reclassify approximately $49 million, $46 million and $45 million of net pension income for years ended 2018, 2017 and 2016, respectively, out of income from operations to a line item outside of income from operations, resulting in no impact to net income or non-GAAP adjusted EBITDA.

On February 15, 2018 the Company’s Board of Directors approved an initial share repurchase authorization of up to $20 million of common stock under which the Company may buy back LSC Communications’ shares at its discretion from February 15, 2018 through August 15, 2019. The Company expects to fund the repurchases, if any, from a combination of cash on hand, cash flow and borrowings under its credit facility. Shares may be repurchased from time to time in open market transactions and/or in privately negotiated transactions at the company’s discretion, subject to market conditions and other factors, and in accordance with applicable regulatory requirements. The company may commence, suspend or discontinue purchases of common stock under this authorization at any time or periodically without prior notice. Shares of stock repurchased will be held as treasury shares. The timing and actual number of shares repurchased will depend on a variety of factors including price and other conditions.