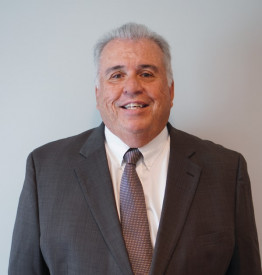 Ken Boone, who was semiretired as the owner of Tidewater Direct — a direct mail components parts supplier headquartered in Centreville, Maryland, with three facilities — passed away in Delray Beach, Florida, on September 18, 2022, at age 69. Ken was inducted into the Printing Impressions/RIT Printing Industry Hall of Fame in 2019 to recognize his 50-plus-year career as an entrepreneurial leader and innovator within the direct mail printing industry.

As Ken told Printing Impressions back in 2019, he traced his direct mail pedigree all the way back to age 13. “I was approached by a circular delivery truck (for Advertising Distributors of MD) and asked if I would deliver circulars door-to-door. At the end of the day, I would get paid $7.35,” he recalled.

Ken was paid $75 to deliver 5,000 circulars. Most people would take that $75 and call it a day. But not him. He hired three helpers, paid them each $15, and kept the difference. At the age of 13, the Baltimore-born entrepreneur had started his first business.

Advertising Distributors of MD was later acquired by Harte Hanks. Ken kept this job through college – he went to Shepherd University in 1971 on a football scholarship – often working weekends or summers. Graduating from Shepherd University in 1976 with a degree in business management, he was hired full-time by the company as a junior sales rep. But when the founder of the company passed away and upper management struggled, the business declined.

In 1978, he opened Direct Marketing Associates Inc. (DMA) with three other colleagues. Two years after graduating from college, Ken had started his second business. DMA was a small lettershop with door-to-door distribution services, which was an alternative mail delivery system, typically found in dense locales.

During this time period, Ken also served as president of the National Association of Private Postal Systems, a network of companies that delivered food circulars, community telephone books, and product samples to private residences based on neighborhood saturation.

By 1985, due to new postal platforms such as marriage mail and shared mail, door-to-door fell by the wayside. Luckily, DMA was already producing direct mail, using laser technology to innovate with personalization. By 1999, the full-service, high-volume direct mailing company occupied a 360,000-sq.-ft. building in Baltimore County, with $20 million in sales and a workforce of more than 500.

"During the 21-year-growth of DMA, we transcended from a company providing mailing services to printers to a company with data capabilities providing total package production of direct mail packages,” Boone explained in 2019. “The same printers that were once my customers were now my vendors.” Under Ken’s direction, DMA became the first direct mail company to use trays and pallets instead of mail sacks, which streamlined the mailing process.

In fact, he worked with the U.S. Postal Service to further develop the system. “The first palletization rules were written by me,” Ken acknowledged. “The Postal Service was looking for ways to get mail across the country more efficiently and with better quality from better packaging.

“It was beginning to mechanize as it was putting in machines to read barcodes. Mail that came out of trays were in better condition and were easier to read,” he added, when interviewed in 2019. “This new packaging process (trays on pallets) streamlined the handling of mail across the country and is standard operating procedure today."

In 1999 — at the height of the stock market bubble — Ken sold DMA to Harte Hanks. “Plenty of companies the same size as mine failed and went bankrupt that year,” he recalled. “But, we always innovated. We were always looking for what the customer was going to buy tomorrow, not just today.”

After Ken sold the business, he managed it for one-and-a-half years and attained record profits and growth. Suddenly, Harte Hanks terminated his employment. “My non-compete forbid me from going into the direct mail business, but specifically allowed me to go into printing,” Boone pointed out.

In 2006, Ken purchased the assets of Tidewater Publishing, a web offset operation with facilities in Centreville, Md., and West Branch, Iowa. Similar to what happened with Advertising Direct of MD, the company’s founder had passed away and the business had fallen on hard times.

He recognized there was a synergy with American Direct, and transformed the two companies into Tidewater Direct, a direct mail component parts supplier. As president of Tidewater Direct, he invested millions in equipment upgrades, from a six-color Goss Sunday 2000 web offset gapless press to a 10-color Sanden 1500 printing press, a Screen Truepress Jet520HD inkjet web press with SC ink technology, followed by the fall of 2020 installation of a Screen 520NX inkjet web press for printing on uncoated stocks. Tidewater also opened up a storefront for small-to-medium users of digital technology.

Asked in 2019 to name the reason for his company’s success, Ken stressed, “we stuck to our game plan. We didn’t try to be a direct mail general contractor. At my former company, DMA, we were a direct mail general contractor. We personalized, assembled the product, addressed the envelopes, and entered it into the mail stream. We managed that entire process. Now, our business model is to sell component parts to those same companies.”

Praise from His Printing Industry Peers

Ken's printing industry IQ was well-known. “Ken has a great sense of manufacturing efficiency,” Henry Fry, owner of Fry Communications, pointed out to Printing Impressions when Ken entered the Printing Industry Hall of Fame. “He could make money on jobs we couldn’t. And, of course, he has a keen business sense. When I bought a small lettershop, he advised me on what was worth doing and what wasn’t. I wrote it down and look at it from time to time because it was so prophetic.”

Joseph Maloy, president and COO of Polaris Direct, was similarly impressed with Ken's business sense. “Ken has consistently proven that the ability to recognize change as an opportunity, rather than a threat, is the key to success in our industry,” Maloy expressed to Printing Impressions in 2019. “His indefatigable spirit and ingenuity stand as an inspiration to many, just as his forthright nature and fair dealing set a standard we should all strive to attain.”

The Next Leader to Run Tidewater Direct

In early 2019, Ken promoted Geoffrey Eisenberg — who also happens to be his son-in-law — to the position of president and COO of Tidewater Direct. “While I continue to be involved on a daily basis, the future of Tidewater now firmly rests in his very capable hands,” Ken pointed out at the time

“Having Ken Boone as a mentor has been one of my greatest life experiences,” Eisenberg told Printing Impressions at the time. “Ken has the unique ability to see the big picture, understand what truly matters, and filter out the rest. He combines that with an incredible sense of determination and resilience. Perhaps I’m biased, but I see him as one of the industry’s greatest competitors and assets.”

A true competitor, Ken was always been athletic. He played football at Shepherd University — a strong Division 2 team. “When I was in the direct mail business, I played tennis every day at 7am and was in the office by 9 am. I did that six days a week for 15 years. At the age of 45, I switched to golf.”

In 2019, Ken Boone gathered with his three children, their spouses, and his grandchildren to celebrate Father’s Day.

Ken will be lovingly remembered by his wife, Natasha of 14 years; his children, Jennifer, Brandon, and Suzanne; his step-children, Vadik and Max; his grandchildren, Cooper, Courtney, Colin, Ella, Layla, Reese, Vlad, and Venessa; and his brother William.

A celebration of his life will be held at Dock of the Bay in Edgemere, Maryland, on October 2, from 12-4 pm. Donations in Ken Boone's honor can be made to the Shepherd University Foundation at https://shepherduniversityfoundation.org/making-a-gift/

How PCI Plans to Build Its National Footprint

Why You Should Embrace Direct Mail