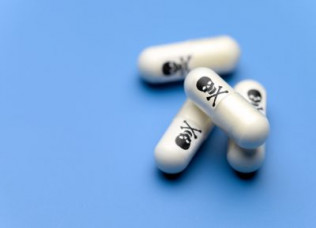 Citing the implementation of a restrictive rights agreement adopted on Aug. 28, 2019, by the board of directors at Chicago-based R.R. Donnelley & Sons (RRD), private equity firm Chatham Asset Management — which is RRD's largest stockholder with a 12.9% ownership stake of outstanding common shares — has written and made public a letter to RRD Chairman Jack Pope and the board of directors seeking them to rescind what it describes as a "Poison" Pill defense.

"As a substantial investor in the company, Chatham is interested in engaging constructively with the board and management to discourage value-destroying corporate policies and encourage action that would actually enhance value for all of the company's stakeholders," Melchiorre wrote.

"Instead of being prepared to respond to the issues and points raised by Chatham in a constructive manner and fulfilling their responsibility to protect shareholder interests, the board has adopted the Poison Pill, which was put in place shortly after becoming aware that Chatham had acquired more than 10% of the company's stock ... Under the Poison Pill's terms, stockholders (like Chatham) who hold between 10% and 20% of the company's equity and currently file on [SEC] Schedule 13G risk crippling dilution of their equity interests if they take action that the company deems sufficiently 'activist' to require (in its view) Schedule 13D filings."

Melchiorre added that Chatham wishes to initiate a dialogue with RRD about its business plan and lack of value creation in light of RRD's common stock, whose price has collapsed approximately 34.4% since the beginning of 2020, the hedge fund manager pointed out, during a period when the S&P 500 market index increased approximately 3%.

The RRD board and management owe fiduciary duties to its stockholders, and are obligated to engage on matters of legitimate concern to them and at least hear their concerns, according to Melchiorre. "Attempting to insulate the board and management from having to communicate with, and receive criticism from, RRD's substantial stockholders is not a legitimate corporate purpose," he wrote.

The same day, RRD issued its own public letter response to Melchiorre on behalf of Chatham Asset (click here to read the entire letter), indicating its willingness to engage in "productive" communications.

"We have met or communicated with representatives of Chatham on at least five occasions over the last couple of years: June 7, 2017; September 11, 2017; June 5, 2018; April 11, 2019; and June 24, 2019," noted the letter, which was signed by Pope and RRD President and CEO Dan Knotts. "During these communications, we have engaged in open dialogue with you. The adoption of the plan does not preclude you or other investors from engaging in uninhibited discussions with management, but since adoption of the plan in August, the company has not heard from Chatham.

"Like Chatham, we are interested in 'engaging constructively' ... Further, any conversations between you and management do not provide the company an arbitrary right to trigger the plan. You have read the plan incorrectly," they added.

LSC Gets Board Nominations from Sententia Group