Komori America's Jacki Hudmon to Be Inducted into the Soderstrom Society 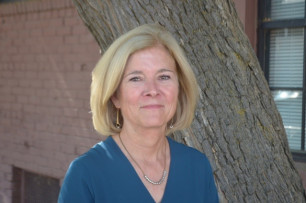 ROLLING MEADOWS, Ill. — July 28, 2016 — Komori America is pleased to announce that Jacki Hudmon, senior VP of new business development, has been named a 2016 inductee to Idealliance’s prestigious Soderstrom Society. Named in honor of the late Walter E. Soderstrom, a founding member of the National Association for Printing Leadership (NAPL), the Soderstrom Society recognizes leaders in the areas of print, mail and fulfillment who have made significant contributions toward the advancement of the graphic communications industry. Throughout her 21-year tenure at Komori America, Hudmon has held numerous leadership positions and made significant contributions to the company and across the industry in sales, marketing and new product development.

Hudmon’s entire career has been dedicated to the printing and publishing industry. Most recently serving as senior VP of sales at Komori America, her responsibilities included managing Komori’s North American direct sales team and dealer network. Her success in sales management led to her current position as senior VP of new business development, where she is responsible for developing and implementing Komori’s digital printing services strategy, the KomoriKare brand of product enhancements and consumables and oversees the North American sales team responsible for these product offerings.

Says Hudmon, “It is an incredible honor to be nominated for induction into the Soderstrom Society. The print industry has evolved immensely throughout my career and it’s a privilege to be recognized alongside 11 other industry leaders as playing a role in the advancement of our field.”

Each year, Soderstrom Society members nominate industry professionals who have made a positive impact through their service and accomplishments, which are then reviewed by a selection committee. The resulting class of nominees represents those leaders who have had a distinct and lasting influence on not only their organization, but the industry as a whole. The induction ceremony will be held during the annual Soderstrom Awards Dinner on Sept. 24 in Orlando before the opening of Graph Expo 16.