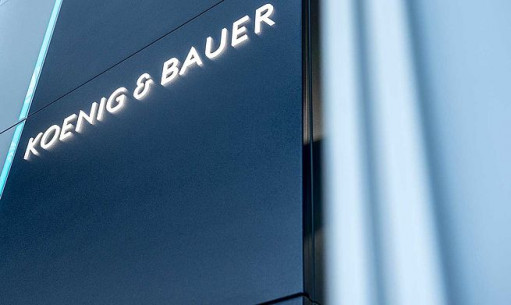 Koenig & Bauer has received a first order for the digital CorruJET sheetfed press, which has been newly developed for corrugated printing, an area which is growing at an above-average rate.

WÜRZBURG, Germany - November 9, 2017 - Following a good third quarter, the Koenig & Bauer group took a large step towards achieving its growth targets for revenue and earnings in 2017, the year in which it was celebrating its 200th anniversary. In the first nine months, order intake rose by 3.9% over the previous year (€869.8m) to €903.4m. “In addition to our expanding service business, the increase in new orders was underpinned by gains in the growth fields of packaging and digital printing,” said CFO Mathias Dähn. CEO Claus Bolza-Schünemann reported on a first order for the newly developed digital CorruJET sheetfed press addressing the prospering market of corrugated printing, which attracted great customer interest at the trade event FEFCO in Vienna in October. Revenue rose by 2% to €847.7m. With the book-to-bill ratio of 1.07, the order backlog of €613.2m at the end of the quarter remained at the previous year’s high level. EBIT came to €36.4m in the first nine months. The previous year’s figure of €39.2m had been influenced by a catch-up effect of €4.9m from a security press project. Group net profit came to €29.5m (2016: €32.5m), equivalent to earnings per share of €1.79 (2016: €1.98). 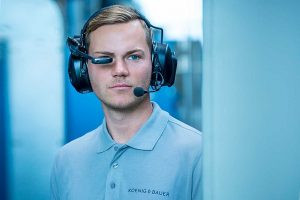 In the current year to the end of September, the proportion of service in group revenue widened to 27%, up from 24% in the previous year. This growth was underpinned by integrated service offerings with analyses and consulting on workflow matters as well as staff training.

Order intake in the Sheetfed segment rose by 11.7% over 2016 (€429.8m) to €480.3m. In addition to the clear increase in service orders, this performance was underpinned by strong demand in the packaging sector and good signings for commercial sheetfed presses and flatbed die-cutters. Revenue grew by 7% from €443.8m in the previous year to €474.7m. The additional revenue with a good service business and lower costs resulted in an increase in segment profit to €20.3m (2016: €17.3m).

Order intake in the Digital & Web segment dropped to €111.1m compared with €128.5m in the previous year particularly as a result of fewer new contracts for web offset presses for newspaper and commercial printing. Reflecting this, revenue came to €113.2m, down 8.8% on the previous year (€124.1m) despite the growth in service business and digital printing presses. The positive earnings trend in web offset and digital printing business came under strain from optimisation efforts at KBA-Flexotecnica, resulting in segment EBIT of –€3.6m compared with the previous year’s figure of –€1.9m.

In the Special segment, growth in orders for metal, glass/hollow container decorating and coding systems together with a slight shortfall in security printing business over the previous year’s high level resulted in an increase in new orders from €355.3m to €359.8m. At €304.6m, revenue still fell short of the previous year (€323.6m). EBIT came to €25.6m in the first nine months (2016: €29.6m). The segment posted an EBIT margin of 8.4%.

Despite the higher customer prepayments, cash flows from operating activities came to –€24.6m and were thus down on the previous year’s figure of –€5m. Whereas working capital was successfully reduced in large parts of the group, inventories and customer receivables mainly rose in the Special segment. However, the measures already taken will not have short-term effects. Aside from capital spending of €27.9m, the free cash flow of –€87.8m (2016: –€17m) was burdened by the payment instalments of €37.4m made to date for the external funding of a part of the pension provisions. With its funds of €117.1m, securities of €16.9m that can be liquidated at short notice as well as the high cash and guarantee facilities, Koenig & Bauer has a stable funding base. The equity ratio rose relative to the higher balance sheet total to 32.4% (end of 2016: 31.1%).

The group workforce increased by 210 over the previous year to 5,542 employees as of 30 September. In addition to recruiting in the service business and for new applications for the packaging and digital printing markets, 44 employees joined the group as a result of the first-time consolidation of KBA CEE.

Following the 2% increase in revenue in the year to 30 September 2017 and the good earnings in the 3rd quarter, the management board’s guidance for 2017 is based on the high order backlog of €613m. Said CEO Claus Bolza-Schünemann: “The numerous press deliveries and service orders in the fourth quarter will trigger a surge in revenue and earnings. In view of this business concentration, which is challenging due to the high capacity utilisation but not unusual, we expect an organic growth of up to €1.25bn in group revenue and an EBIT margin of around 6% in 2017.” 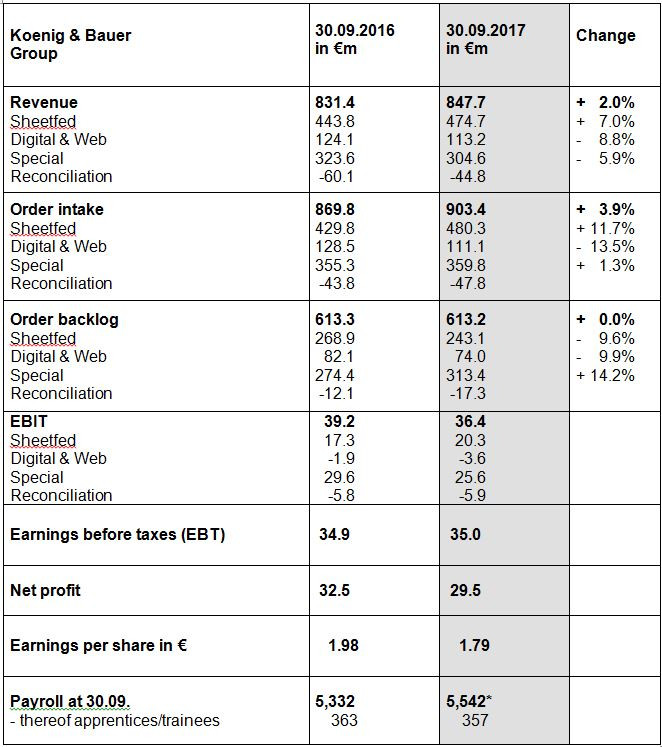